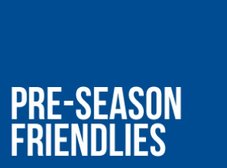 Mortimer lose out to Reading Town on a balmy summers evening but despite giving away 3 goals the home team played some nice football and are looking good....

The weather couldn't have been better and Mortimer put on a game that was enjoyable to watch and it was nice to see all the lads new and old working together.

This was a good test playing a team who are a couple of leagues above Mortimer and for much of the game we matched them in every department.

Stuart Plumridge the manager was able to make changes and to have a look at some of the new players and I'm sure he was happy with the outcome with good performances from everyone.

Half time and despite having to soak up some pressure during the first half the score was 0-0.

Second half and an opportunity to make more changes, Mortimer keeping the ball better and making Reading Town work harder, with about 20 minutes left on the clock Mortimer gave away a penalty and Reading Town went 1-0 up.

Mortimer came back strong and could have equalised but Reading scored again to make it 2-0, still Mortimer tried to get back into the game but allowed Reading a third and that was the final score 3-0.

Overall, a good test for Mortimer who played well and worked hard as a team, another run on Saturday then a big test of character coming up when we play Thatcham Town.

The pitch is looking really good thanks to all the hard work put in by Ade Keep and John Davies.