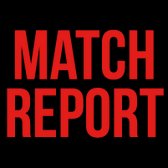 Moseley's first game of the season against Lichfield II's

Moseley travelled away to Lichfield on the 13th September, find out what happened here.

We knew this game was going to be tough, but we just didn't realise how tough until the a few minutes into the game when Lichfield began their try scoring carnage!

Lichfield came out with the strongest side we've seen by them so far! Along with a few England U20's (congratulations to those chosen for selection) and a few Lichfield I's players in their arsenal, Moseley were out to see how well we could defend against such a strong team (surviving was an accomplishment in itself). We knew this would be our toughest game of the season, but being Moseley, we focused on the positives from the game.

There are many things we can learn from teams like Lichfield, they are the kind of side to show us our faults like a slap in the face. Gap on the wing? They're in it. Ball not secured sufficiently? It's theirs. A player in a vulnerable position? They're all over them.

After an 81-0 bashing Moseley came out a mixture of emotions... positive, disappointed, injured, determined, passionate and most of all, willing to improve.

Moseley put in some spectacular tackles during this game, with special mentions to Broc (15), Jess (11), Sam (14), Boe (8) and Harriet (7) who put their bodies on the line and made some bone-crunching tackles during the game. And another mention to Harriet for holding up a Lichfield try in the second half of the game.

Also our scrum-half Emily (9) with her quick thinking and quick feet to almost secure points for us before being tackled by a player on the ground, but unfortunately Moseley not coming away with the points after the penalty.

Our forwards all put in a great push at the scrums winning a few of the scrums against a powerful Lichfield side, and our backs with their quick hands to move the ball to the wings and tackling of Lichfield players who had broken the gain-line.

But we're thankful to play a game like this as our first game of the season, as the only way is up from here. We know what we need to work on and we know we're going to work with 100% effort to not let this happen again. With our coach (Hannah) backing us to the end and putting in a lot of hard work to improve and develop Moseley Women's Rugby team, and a determined captain (Nic No.10) who insists we don't beat ourselves up about a result like this... we will come back fighting.

Forward of the match went to Vice Captain and No. 8 Boe.

Back of the match went to Fullback Broc.