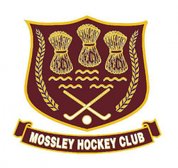 Round-up from the weekend's action

The 1st XI took on South Antrim HC on Saturday in their third match of the Ulster Premier League campaign. With both of last season's ties being decided by a single goal this was set to be a closely fought match. South Antrim started the better of the two sides and found themselves in the Mossley circle on several occasions, but smart defending and solid goalkeeping kept the scores all square. Mossley did have the ball in the net and thought they had taken the lead only for the goal to be ruled out following consultation between the umpires, it remained scoreless at quarter time. The second quarter saw Mossley gain a foothold in the match however a turnover in their own half gave South Antrim the opportunity for a swift counterattack which they finished to take a 1-0 half time lead.

In the third quarter Mossley started to enjoy the better share of the possession and chances, including a few penalty corners but they were unable to take their chances. In the final quarter, whilst attacking and pressing South Antrim the Lisburn side managed to clear the ball to the halfway line and mounted another counterattack and found the net to take a 2-0 lead. Mossley were unable to reply and the match finished 2-0.

Next week will see Mossley travel to Cookstown for the second time in three weeks in their first ever Irish Hockey League 2 (EYHL2) fixture. The match a fortnight ago was an entertaining affair played at a high tempo with Cookstown coming away 4-2 winners but Mossley will be keen to take something away from the match as they open their EYHL2 campaign.

The 2nd XI were on the road to Annadale 3rd XI and won 2-1 with goals from Ross McIvor and Ian Creighton. The 3rd XI fell to a 4-0 defeat against NICS 3rd XI. The 5th XI claimed all three points in a 4-1 win on Friday hosting Bangor 5th XI with goals from Alex Keith, Joe Wray, Joel Barr and Paul Turner.