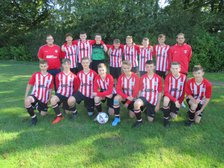 Lions through to County cup final

Sunday morning saw Mowbray rangers lions under 15’s take a trip to rivals thurmaston magpies in the semi final of the county cup. A game packed with thrills and spills and a superb comeback which booked the Melton side a place in the county cup final.

There was a tense start to the game as both sides in particular Mowbray looked nervous and fearful of each other meant the first part of the game was scrappy to say the least. With tackles flying in it was clear this game was not for the feint hearted. It was the home side who took the lead mid way through the first half with a goal which came from a corner that was not cleared as the Thurmaston player found the bottom corner past stand in goal keeper Jai Wedgwood. 1-0 to the home side. Mowbray began to grow into the game with forward tallen Burt unluckily hitting the post from a long range effort and a couple of other decent chances went begging for the lions. A decisive moment in the first half came when thurmaston forward raced clear of the defenders to find himself bearing on goalkeeper Wedgwood who pulled off a superb save to keep Mowbray in the game and keep the score at 1-0 going into half time. The referee blew for half time with the home side in the lead and Mowbray left the pitch frustrated but still in the game.

After a rousing team talk the Mowbray lads took to the field in determined fashion in the second half and soon the away side started to get into their rhythm.

Roughly 10 minutes into the second half the equaliser came for Mowbray when Forward Freddie mcgrady skilfully rode a couple of challenges to fire superbly into the bottom corner to make it 1-1. The lions were well and truly on top of the game now, shrugging off challenges and matching Thurmaston physicality the Melton lads proved they had the desire and spirit to push for the win. A decisive moment came when a careless tackle in the box on Mowbray winger Bayley Purkis left the referee no choice but to point to the spot to award a penalty. Jai Wedgwood now playing as a striker took the penalty and smashed the ball into the bottom corner past a helpless goalkeeper to make it 2-1 to Mowbray. The comeback was complete.

The lions took control of the tie as the home side struggled to mount any decent attacks to try to get back into the game themselves. The game was put to bed with 15 minutes to go when another Mowbray attack found forward Tallen Burt on the right hand side putting in a superb cross into the 6 yard box which was met brilliantly by Wedgwood again to volley into the net to make it 3-1 and book the lions place in the final.

The final parts of the game saw Mowbray brilliantly manage the tie with solid defending and quality possession and as the final whistle blew sparking joyous scenes as the lions go into the county cup final for the first time.

Managers Clarke and Isherwood were delighted at the lads ability to get back into the game and praised superb character and desire with a amazing team spirit meant they were deserving finalists. A stunning second half team performance got no more than it deserved. 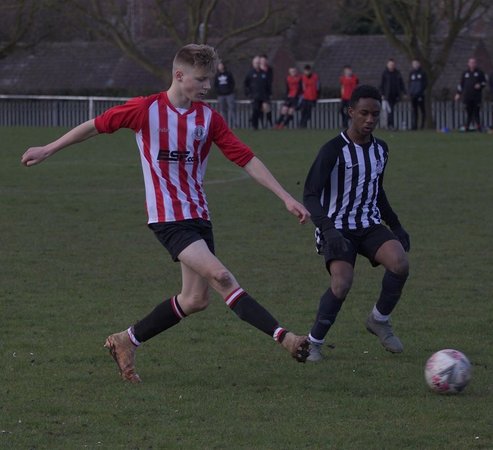