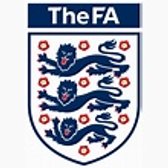 Draw dates for both competitions have not to be published

Last season Rebels, once again reached the 2nd Round Proper losing narrowly, 0 - 1, at home against League One Gillingham.