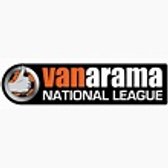 National League South: December
There was some telling movement in the year’s final month - and a sign of things to come.
Having lead the table six weeks before, Billericay suddenly found themselves ten points adrift by the end of 2018.
Something didn’t seem right as veteran midfielder Jamie O’Hara left but he would be back before long.
There was a new team at the top as Torquay ended a challenging year in the right way.
Gary Johnson’s team won six on the spin as victories over Dulwich, Dartford, Welling, Hampton, Truro and Gloucester gave their fans at very happy New Year.
Billericay’s neighbours Concord Rangers were starting to make some noise and found themselves sitting third as we said hello to 2019.
Oxford City were up into the play-offs as Chelmsford’s charge was starting to cause concern for the other promotion contenders.
Alan Dowson’s Woking were still going strong and they also had an early January FA Cup tie with Premier League Watford to look forward to over the holidays.

National League South: January
Happy New Year? Not for Gloucester City boss Chris Todd whose stint was brought to an end without mustering a single win, leaving the team fearing relegation.
The appointment of Mike Cook initially settled nerves and three points against Oxford City only increased positivity.
Dean Brennan had one too many defeats for the Billericay Town hierarchy and was sensationally replaced by Harry Wheeler who returned to the club with Jamie O’Hara as his number two. Wins over Slough and Welling justified the decision as the club strived for a play-off place.
Defeat against Bath City for Torquay United did little to knock their title charge off course but Woking kept them at arm’s length.
Gavin Rose was looking for some youthful intervention as he planned a mini overhaul of his playing staff at Dulwich Hamlet.