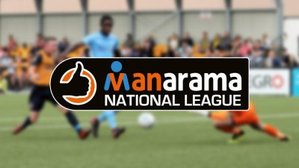 Four games scheduled for this weekend have been postponed owing to team involvement in the 1st round proper of the F.A. Cup. However, all of the top seven are playing and there is a 'six-pointer' fixture at the foot of the table and Weymouth will hope to extend their eight match unbeaten run.