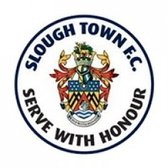 Social distancing measures prevented us from inviting supporters to celebrate another successful season in person – however this hasn’t stopped us from holding the event online for the first time.

Lench won his two awards after a fantastic season in which he scored 10 goals and assisted many others, with the Supporters’ Player award decided by an online vote in recent weeks.

Ben Harris won the Golden Boot award after scoring 13 goals in 36 appearances, whilst Scott Davies won Goal of the Season for his wonder-strike against Eastbourne Borough – his first goal for the club.

Warren Harris was also a big winner, taking the Players’ Player of the Season award after a season in which he scored nine times in 39 appearances and in the process reached the milestone of playing 250 matches for the Rebels.

Dan Roberts won the other managers’ award, and is our Young Player of the Season.

There was also an award for supporter Bim Elliott, who at the age of 93 follows the Rebels all over the south of England and takes the Chris Sliski Club Person of the Year award.

Lastly, joint managers Neil Baker and Jon Underwood were surprised with the Kevin McGoldrick Award for their services to the club over the last seven years.

We would like to offer our sincere thanks to FCVideo, in particular Lee Carpenter, and Ade Gomm for their many hours of work in producing a professional presentation, and to all those who took time out to speak with Ade, including not only the award winners but also Mark Bailey, Alex Efthimiou, Leigh Hunter, Craig Gareppo, Kay Lathey and Cathy McGoldrick.

The full presentation can be viewed below.

We would also like to thank everyone who purchased ‘virtual’ admission tickets, food and drink from our Virtual Matchday shop, helping us generate crucial funds in uncertain times. If you would like to donate, visit: The Virtual Matchday: Donate to Slough Town Football Club.