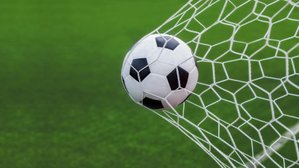 Is it all wishful thinking, pie in the sky?

Whatever there will be little enjoyment for players or fans alike

Of course, there are many obstacles still to overcome and it may never happen. But these are La Liga´s plans for the conclusion of the Spanish season

The season will recommence 20th June with teams playing twice weekly to complete the 11 outstanding fixtures by 25th July. followed by promotion play-offs to end by 31st July.

Each match will be played behind closed doors and there will be one ´drinks´ break each half to combat the higher temperatures. Each team will be permitted to name a 23-man squad (currently 18) and make five substitutions (currently 3) during three occasions to make allowance for a greater number of potential injuries.

There will be strict segregation between players; other officials; ground staff/technicians etc. at the stadium and teams must travel by private charter bus (maximum 25 people per bus), train or plane.

Each clubs personnel have been tested and, if given the green light, training can start this weekend, although full training sessions will be rolled-out in due course.

I would imagine that the 20-21 season will start in similar fashion, albeit with one game weekly.