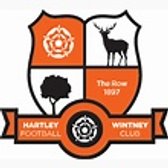 A brace for Roberts gives Rebels the win

Second half heroics from Dan Roberts gave The Rebels a deserved win at Arbour Park.

Nathan Smart scored against his former club to give the visitors the lead at half time.

The visitors were first to strike with Smart scoring in the 39th minute. The former Rebel drilled his shot low across goal to beat goalkeeper Jack Tuner at his far post.

Slough were rescued by second half substitute Dan Roberts, who bagged a brace in the Rebels’ final pre-season game. His first came after Scott Armsworth’s close-range effort hit a post and bounced away, only to be met by Roberts as he slotted in the equaliser 73 minutes into the game.

Ten minutes later a solo effort from Roberts saw Slough take a deserved lead and close off the game. Roberts headed the ball past defender Shane Hollamby to go through one-on-one with goalkeeper Chris Harris. He rounded the keeper and tapped in the winner.

Slough looked strong from the first minute. Lining up with four forwards, The Rebels created several chances in the first half. Ryan Bird and Ben Harris threatened in the air and caused the Hartley Wintney defence trouble with Francis Amartey and Max Worsfold also delivering from the flanks.

Hartley Wintney were lucky to not concede in the early minutes of game when Guy Hollis felt his header had crossed the line in the 11th minute. The defender jumped highest to head the ball across goal, leaving goalkeeper Harris watching, but he managed to collect the ball on his goal line. Slough turned to the referee only to see him wave off their call and leave supporters certain they should be ahead.

The visitors had chances to put the game out of Slough’s reach and kept the Rebels’ defence on alert in the first half. Yayo Odelayo and Dean Rule were a constant threat getting away shots on goal but they weren’t enough to beat Jack Turner.

The Rebels’ defence looked much tighter in the second half with captain Sam Togwell delivering a captain’s performance to keep the Hartley Wintney forwards quiet and making sure his team secured the result.

Slough will have to manage their first three games without Roberts, who is out due to suspension and will welcome Dorking Wanderers to Arbour Park on the 3rd August for the National League South opener.