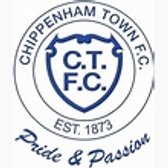 Ryan Bird scored his first Slough Town goal in the final moments of an enthralling Emirates FA Cup tie to earn the Rebels a replay on Tuesday evening.

Slough reverted back to their traditional 4-4-2 with Ben Harris and Dan Roberts leading the line. Josh Jackman made his 100th appearance for the club, but unfortunately it was cut short due to injury and he was replaced by Sean Fraser at half time.

The game got off with a bang with Warren Harris beating the offside trap and being taken down by goalkeeper Will Puddy after he was beaten to the ball. With Harris going towards the corner flag rather than the goal the referee correctly only showed Puddy a yellow card.

After a flash start the game settled as the two teams began feeling each other out, not wanting to give away an early goal. George Wells tried his luck from distance in the ninth minute but his shot cleared the cross bar, never troubling the goal.

On 14 minutes Matt Lench did well to keep the ball and play it down the line to Dan Roberts whose cross was well cut out, with the ball coming back to Lench whose follow up shot was blocked.

With the two sides very evenly matched it took a while for a real chance to be created. When it finally came on 33 minutes, Chippenham were left scratching their heads as to how they didn’t take the lead.

Chris Zebrowski won the ball in the Slough half and delivered in a good cross which was headed by Nat Jarvis and brought a fantastic save from Jack Turner - but the ball fell to Karnell Chambers who somehow hit his shot well over the bar when it seemed easier to score.

However, a few minutes later the hosts did take the lead. After a long delay in taking the throw, a long ball came into the Slough box with Kieran Parselle having a free header to get the opening goal.

The goal seemed to light a fire under the Slough players who upped the tempo going into the final minutes of the half.

On 40 minutes Lench drove across the pitch before being brought down 25 yards out on the right hand side, giving the Rebels a shooting opportunity. Ben Harris stepped up, having scored a free kick in the previous round against Flackwell Heath, and his curling dipping effort hit the base of the post past Puddy’s outstretched hand. The ball bounced into the middle of the six yard box where Sam Togwell had followed in to tap the ball home.

The Rebels continued to push and took the lead on the stroke of half time. Ben Harris was felled by the corner flag with Lench delivering the ball over everyone to the back post where Ben Harris was able to volley in from just a few yards out.

At half time Slough were forced into a change with Josh Jackman coming off having taken a knock to be replaced by Sean Fraser.

The first chance of the second half came to Warren Harris but when through on goal he could only pull his shot just wide going across goal - after having just won the Player of the Month award he could he have been affected by the “curse”.

A few moments later Chippenham should have been down to ten men when goalkeeper Puddy threw Dan Roberts to the floor in an off-the-ball situation. However, neither the referee not the nearside linesman saw what happened.

On 60 minutes Chippenham applied pressure to the Slough back line and Lench gave away a free kick having been turned and beaten. In a similar position to Slough’s first goal Jay Foulston stepped up and scored an outstanding free kick, firing into the top corner giving Turner absolutely no chance.

Slough tried to reply a few minutes later from a free kick. With the ball being punched by Puddy it fell to Lee Togwell whose shot was blocked. The ball eventually squirmed back out to the same player, whose first time shot went just over the crossbar.

Not long later George Wells did well down his left hand side to keep the ball in play and whipped in a cross which just needed a touch from any attacking player but was expertly dealt with and helped on its way by a Chippenham defender.

With the score at 2-2 and time starting to run out it seemed like the next goal would win it. As Slough looked to build pressure a misplaced pass from Fraser allowed Zebrowski to break and play in Karnell Chambers, whose pace was too much for the Slough defence as he turned players inside out. After working his way infield, Chambers’ shot took a big deflection and the ball spun past Turner who was left stranded to give Chippenham the lead.

That prompted a roll of the dice from Neil Baker and Jon Underwood, as Scott Davies and Ben Harris were replaced by Max Worsfold and Ryan Bird.

The Rebels threw everything they had at trying to get an equaliser, leaving themselves exposed at the back, but couldn’t create enough to trouble Puddy in the Chippenham net.

It would be the hosts who came closest to getting the next goal when Zebrowski headed the ball onto the roof of the net momentarily leaving the Rebels fans with their hearts in their mouths seeing the net ripple.

In the final minute, a counter-attack from Chippenham was decisively stopped by Mark Nisbet who took no chances when bringing the attacker down with the Slough defence outnumbered, earning himself a yellow card in the process.

With the two minutes of added time almost played, George Wells had no choice but to try a long-range effort with his shot being deflected behind for a corner. Slough threw everyone forward for the corner, including Jack Turner.

The Rebels had been wasteful with their delivery from corners all match but this time a perfect delivery came in from Lench, with Bird jumping highest and thumping in an equaliser to send the sizeable Rebels travelling support wild.