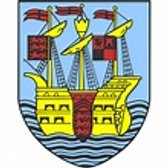 Ten-man Rebels get first point of the season

Slough claimed their first point of the season with a hard-fought draw against Weymouth at Arbour Park.

The visitors got off to a bright start with Abdulai Baggie and Calvin Brooks linking up well down the right with the latter gaining a corner. The Rebels responded immediately with George Wells battling to keep the ball before laying off Dan Roberts to cross over Calum Ward in the Weymouth goal with Ollie Harfield needing to clear the ball.

On five minutes Weymouth got the opener. Josh McQuoid did well down the left and forced a save from Jack Turner before Wells had to clear with his chest. The ball fell kindly to Baggie who had an easy task of tapping home from close range.

Two minutes later Slough thought they had an equaliser. A long throw from Guy Hollis fell to Lee Togwell who intelligently laid the ball off to Scott Davies, whose low shot was parried by Ward but only into the path of Sam Togwell, who scored from close range but the linesman had his flag up quickly.

The game then settled as the two teams looked to build out from the back. Slough were finding some joy with early crosses into the box but it was Roberts’ pace up against Stephane Zubar which had the visitors worried. Rightly so, as on 24 minutes with Zubar up against Matt Lench’s pace, the defender pushed him over in the box with a penalty awarded. Ben Harris stepped up and smashed the ball down the centre of the goal to give the Rebels a deserved equaliser.

With Weymouth always playing out from defence, Lee Togwell pushed higher up the pitch and won the ball with Roberts picking it up driving at the defence. Roberts was able to pass back to Togwell but he had to stretch as he took his shot still forcing Ward to tip the ball over the bar.

On 37 minutes, using his pace Roberts once again beat his defender and was able to cross from close to the byline. With Ward not getting a strong hand to the ball Warren Harris was able to get a header but the angle was too tight.

Early in the second half Weymouth were forced to take off Zubar who had been tormented by Roberts’ pace all game. The visitors had plenty of pace themselves up front but kept getting caught out by the offside trap which the Rebels defenders seemed to have mastered on the night.

Weymouth were still having chances with several crosses dangerously going across the six yard box but with no player there to capitalise.

Much of the second half saw each team have spells of possession but unable to break down the opposition defence, with a few long range shots rarely troubling either keeper.

However, on 70 minutes Slough came close to breaking the defence as a good back heel from Roberts found Warren Harris through on goal, but his cross to Francis Amartey - who had earlier replaced Ben Harris - had a slight deflection enabling Ward to gather ahead of the attacker.

A few minutes later Amartey lost the ball in midfield and lunged in with his studs raised to reclaim. Despite not catching the defender, his tackle was clearly dangerous and the referee had little choice but to show him a red card. For the second home match in a row, the Rebels were down to ten men for the final minutes.

From this point on it was Weymouth who clearly had the upper hand, but couldn’t break down the Slough defence who had now dropped deeper and tightened up. The visitors still had chances with their crosses but as for much of the night they struggled to get anyone on the end of them.

On 84 minutes Josh Wakefield received the ball around 40 yards out and on the half-volley tried his luck. The result was a brilliant shot which dipped viciously late on with Turner scrambling backwards throwing a hand up at the last minute, but to the relief of every home fan in the ground the ball only just cleared the crossbar and over. Another yard and it would have been game, set and match to Weymouth.

Joe Grant replaced a tiring Dan Roberts, who had run his socks off on his return from suspension. However, Weymouth would have one final chance. Scott Davies won his tackle yet the ball still came to Brooks who was able to get a shot away but saw it deflected wide.

It finished 1-1, with both teams happy with a point yet knowing either could have had all three