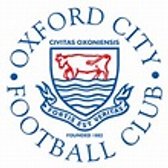 Slough drop down to fifth in the league, after goals from Zac McEachran and Eddie Jones gave City the comeback victory after a goal from George Wells on the stroke of half time.

The game started competitively, with both sides having good passages of play, and creating chances early on. Dan Roberts almost managed to bag the opener after three minutes, after a low driven cross meant he had to slide in the box to connect, but the ball zipped away off the wet surface.

It was apparent that the game was going to be a tough one for Slough, with Elliot Benyon easily beating the visitors’ defence several times to balls over the top. His big chance came after twenty minutes when he finally beat the offside trap and was one on one with Jack Turner – but to everyone’s surprise his shot went wide of the post.

Nana Owusu found himself the right side of defenders only minutes later, but luckily Turner made a great save to tip the ball round the post and deny a certain goal.

Oxford were clearly the more dominant side and picked Slough apart at times, but on another day Slough could have notched more goals, if not from a great performance from Craig King in the opposing net. Roberts had another difficult chance, but King denied him by rushing out and saving with his knees.

In a feisty game, cards were perhaps to be expected and the first came after 37 minutes for Kyran Wiltshire. The Oxford attacker could have redeemed himself moments later, as he found himself in the box, but instead of capitalising on a great chance he tried to pass to Benyon, but it went out for a goal kick.

Against the run of play Slough managed to get on the scoresheet just before half time. Wells was on the end of a looping ball from Scott Davies and he tucked it past King convincingly. The half time whistle blew just minutes later.

With the first goal coming shortly before the break, the second came just after the break, as Wiltshire struck the ball into the bottom of the net after a wonderful move in the opening minute of the second half. It took everyone in the stadium by surprise.

Slough had chances, but could not take them; Josh Jackman managed to go past Owusu and cross the ball into a box full of players, but nothing came of it.

It looked like it just wasn’t going to be the Rebels’ day and it showed with twenty minutes left on the clock. City bagged their second goal and completed the comeback with Jones able to chest down a pass forward from McEachran and poke the ball past Turner.

With time ticking down Slough were desperate for the equaliser, with several shots being cleared or saved, even a late penalty shout, but to no avail. The visitors were understandably frustrated, and after Matt Lench put a dangerous free-kick uncharacteristically over, a shoving match broke out with players being carded on both sides.

Four minutes were added to the end of the match, and Slough almost levelled the scores as a cross into the box resulted in a shot being smashed low towards King’s near post, but the keeper did superbly to get his boot in the way.

Slough looked under-par throughout the game and didn’t create much going forward, with the key chances being spurned, meaning the Rebels struggled to come back after Oxford scored their second. With a game on Tuesday evening against Welling United, Slough will hope to get back to winning ways immediately.