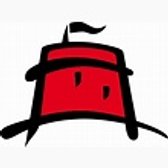 Rebels must settle for a point

Scott Davies scored a spectacular first goal for the club as Slough were held at home by Eastbourne Borough.

After a busy period of matches the last thing you would want is a bout of ‘flu – but unfortunately for Slough that is what they got with several players unavailable, meaning only three substitutes could be named, including a recalled Joe Grant and an ill Max Worsfold.

The match took quite a while to get going and the first big chance of note came after 14 minutes when Jack Turner took too long on the ball and was closed down but got lucky, managing to retain the ball despite being tackled.

The first Slough chance came to Francis Amartey when he won the ball from a defender, but his shot was saved by the onrushing Franco Ravizzoli - though the referee surprised everyone by giving a goal kick rather than the obvious corner.

The next chance on 26 minutes became the big talking point of the match. It started with an Eastbourne corner which Turner punched away, but only to Dean Cox whose shot was blocked by two Slough defenders.

Lee Togwell cleared towards Josh Jackman, who found himself as the furthest Rebels player forward. He chased the ball down but was beaten to it by Ravizolli, who had come well out of his area to clear the ball. However the clearance lacked height and was easily cut out by Scott Davies just inside his own half. Realising the keeper was nowhere near the goal, Davies half-volleyed the ball straight into the empty net from well inside his own half.

It may have taken Davies 74 matches to register his first Slough goal but now he can brag about getting the best goal of this decade, and a certain goal of the season contender.

It is the second time in two years the Rebels have scored a goal from the halfway line against “The Sports”, the last coming from Ben Harris in the FA Cup.

With the game now brought to life, Slough began creating a few chances. Manny Williams combined well with George Wells down the left with the latter just pulling his cross behind Amartey in the box.

Eastbourne had chances themselves, and nearly got an equaliser on the stroke of half time. A low cross was missed by everyone in the Slough box with Charlie Walker the first to reach it and turn back towards goal. His low shot was tipped onto the post by Turner and the Rebels were able to maintain their slender lead going into the break.

Slough started the second half brightly with low crosses from Warren Harris and Matt Lench narrowly missing the incoming strikers.

However, on 57 minutes Eastbourne struck and levelled the scores. A ball over the defence allowed captain Kane Wills a chance one-on-one where he was able to hit a shot across goal and into the opposite corner past Turner.

A few minutes later, Manny Williams hassled a defender into giving him the ball on the by-line but his lay off to Lee Togwell was skied high over the bar under pressure.

The visitors nearly took the lead on 69 minutes when substitute Sean Fraser shanked his clearance but his blushes were spared as Turner was able to make a save from a narrow-angled shot. Eastbourne had another chance moments later but this time Wells was on hand to block. Starting to mount pressure, the visitors saw a third shot blocked in as many minutes, this time Lee Togwell was in the way.

At the other end, Ryan Bird won a flick on to Warren Harris whose cross-shot went across the goal and agonisingly close to the end of Lench’s boot.

With Bird now playing up front following the introduction of Fraser for Williams, the big striker was on hand to win another header from a long Davies throw. With the recently introduced Joe Grant about to volley in, he was denied by Manny Adebowale.

Approaching the final minutes of the game, Slough ramped up the pressure for a late winner. The ball was crossed from one side of the Eastbourne box to the other before Lench brought it down. Another low cross-shot was played in front of the visitors’ goal and was just begging for a leg to be stuck out to turn it in – however it wasn’t to be and the spoils were shared when referee Mark Howes blew for full time.