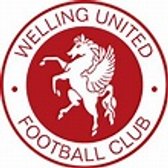 Rebels back to winning ways .. just

It was by no means a classic, but Ben Harris’s 74th-minute headed goal proved the difference between these two sides and ensured Slough would bounce straight back from Saturday’s defeat and make it eight wins in their last 10 National League South fixtures.

Harris had only been on the pitch for five minutes, having been introduced in place of Matt Lench, but his physical presence made all the difference for the Rebels as he headed a pinpoint cross from Max Worsfold into the bottom corner.

This was a game which Slough always seemed in control of without having the cutting edge to break down a stubborn Welling side. But in the end, the visitors might well have left Arbour Park with a point had it not been for the legs of Jack Turner, as he kept out a stoppage-time effort from Nathan Green.

The opening exchanges were fairly uneventful, with Slough looking to unleash the pace of Dan Roberts wherever possible. There was an early blow for the home side with Lee Togwell forced off after just 20 minutes, the midfielder having injured his ankle minutes before. Sean Fraser replaced him and would go on to have a solid game after recently featuring for Beaconsfield Town.

Slough’s first real sight of goal was fired wide by Warren Harris on the half hour mark, after being picked out by George Wells.

A much better chance arrived five minutes before the break as a long throw from the returning Guy Hollis was cleared only as far as Worsfold around 12 yards out, but he fired over the bar.

Welling goalkeeper was not seriously tested in the first half, but he was called upon to gather after Roberts had worked himself a shooting chance a minute later.

Roberts found himself with a clear chance in the opening moments of the second half, but was denied by the legs of Wilks.

There was a huge Slough appeal for a penalty with 58 minutes on the clock as Roberts appeared to have been pushed to the ground under a challenge, but referee Daniel Lamport waved away the protests.

Ben Harris’s goal brought relief all round with Slough always having looked the more likely to score, and he almost doubled his and the Rebels’ tally on 77 minutes but his flicked effort from a Worsfold free kick flew inches over.

Late on though, Slough started to live a little dangerously and Welling registered their first shot on target with Connor Dymond’s effort being easily held by Turner.

Then, Turner’s late block – two minutes into added time – ensured Slough would go on to claim a deserved three points