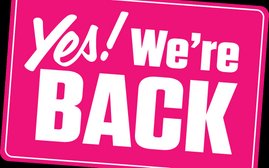 Sitting here writing a match report for the first time in, well, ages I do so with the thought of two readers in particular who have always been supportive of this inane drivel. Firstly, Adam Humphrey, who craves this little slice of home life whilst sitting on the other side of the world and wondering what this Covid fuss was all about based on the New Zealand experience. Secondly, Leon Bunce who can once again sit on the toilet for his Sunday morning … constitutional ... with something other than the Hull Daily Mail, Whippet Breeders Weekly or Penthouse to read.

So much has happened in the world since the Warriors last played a competitive match, this reporter had actual butterflies in driving up to The Willows, so goodness knows how the players must have been feeling. Some of them were hiding their nerves under a couple of extra layers of added timber – all part of Coach Dave Wray’s lock down “bulking up” programme. Most players will tell you that a solid early carry or a big tackle goes a long way to quelling any pre match jitters, so the Myton squad’s nerves must have shot off the scale when a knock-on on the very first carry after kick-off gave Dockers immediate field position from which they scored within the first minute, Michael Gawan going over in the corner for an unconverted effort. Despite the terrible start, Myton did get going with Dan Spencer and Jamie Coutts both impressive with strong carries from the off. Adam Piggott’s burst through the Docker’s line looked promising, until he slipped and fell over. The momentum was not lost however, Myton swiftly shifting the ball down the narrow side for Any Oades (a number 4 in a number 10 shirt) to power over. Ash James slotted over the extras and all thoughts of the early disaster were completely dispelled. Nevertheless, the topsy-turvey run of scoring continued on 9 minutes when the home side took advantage of another knock-on, again going in down their left, Jonathan McCloud going over the whitewash and Charles Richmond converting. Myton suffered another blow when winger Liam Bowler had to leave the field after only fifteen minutes and was subsequently unable to return, prompting the request of a refund of his subs from club stalwart Mick Walker - a request rightly refused on the basis it was his own fault for "being too soft."

Despite the setback, Myton were blowing off the cobwebs and forcing their way back. Sam “Rambo” Hoggard was his industrious self in both attack and defence; Ellis Wray belied the fact that there were far bigger players on the field, carting the ball in on numerous occasions; from the bench, Matty Thomas took the battle to the Docker’s forwards down the middle and Alec Hobman showed safe hands in defending a dangerous kick through. Dan Spencer again cut through the line and Myton almost pulled one back when a brilliant break by Ash James saw him slip the ball inside to Adam Piggott who was just unable to hold on to the ball with the line beckoning. Andy Oades showed his cool, letting what initially looked like a dangerous kick to the corner go over his head with an air of nonchalance that defied the pressure. The visitors then surged back into the lead when Kris Walker’s high kick was juggled by the Dockers’ defence before Ben Bradshaw capitalized, snatching the ball to dart over for an unconverted effort. Three minutes later, Myton had scored again. Dan Spencer ignored the fact that a Docker’s pass was a mile forward, intercepting it anyway before slipping the ball to Liam Ward to race away, giving Ash James an easy conversion from under the sticks. The hosts weren’t to be outdone however, and they levelled the scores when the impressive ex-Warrior Adam Flintham went over, Richmond again adding the extras to bring the scores level at 16 all. It could have been worse for the visitors when Dockers looked to have scored out wide with the last play of the half, only for the touch judge’s flag to be raised to indicate a foot in touch whilst diving for the line.

The second half started much the same as the first for the Warriors. A knock-on on the first carry of the first attacking set again put Myton under pressure, but the hosts this time failed to capitalise, pushing a forward pass when looking dangerous. Five minutes into the half however, the home side went ahead. A break from a play-the-ball split the Warriors defence and Adam Flintham was again on hand to put the hosts in front, Richmond converting. Despite it not being the warmest May day, and with the ever-imminent threat of rain, Lee “Bear” Fewlass decided it should be a game of “shirts v skins” when ripping the jersey off the back of his opponent. Perhaps offended by the prop’s blatant lack of respect for the clothing and fashion industry, he was given the yellow card a few moments later. The official reason given was for “striking” but there was a strong rumour it was because he’d criticised the lack of colour co-ordination of the referee’s shirt with those of his touch judges. Despite being down to 12 men, the experienced Aaron Fewlass barked out the orders to reorganise the right side defence and it was the Warriors who were the next to score. A great Kris Walker off-load saw Adam Piggott again go close. From the play-the-ball, Myton shifted the ball to the right and Jono Douglas powered over to finish a fine move, Ash James converting from out wide to even the scores once again. The home side were far from finished however and scored an excellent try of their own, “Sideshow Bob”/Leo Sayer look-a-like (depending upon your terms of reference) Steven Milne crossing the whitewash. Charles Richmond’s conversion attempt hit the post, but the hosts were once again in the lead as the game entered its final quarter.

With the game having been “nip and tuck” all the way, it seemed unlikely that either side would be able to completely seize the initiative. With sixteen minutes to go however, that’s exactly what the Warriors did, with three tries in 7 minutes. First, Andy Oades went in at the corner for an unconverted effort. Then, Ryan Dearing (on his Warriors’ competitive debut) cut inside to set up field position from which a typical Liam Ward sneak from dummy half saw him score and give Ash James a much easier two-pointer to put the visitors out in front. Then, to put the icing on the cake, and with the crowd screaming for them to take a drop-goal, Myton put the ball through hands, Ash James breaking through before slipping a delightful inside pass for Liam Ward to complete his hat-trick. Ash James' final conversion pushed the Warriors 12 points ahead with eight minutes to go and this time there was no coming back for the home side.

Speaking to the gathered throng of the world’s media, all standing at a safe social distance in the Willows car park because they weren’t allowed in the Willows club house, Coach Dave Wray was delighted with the team’s performance.

“I’m delighted with the team’s performance,” he said.