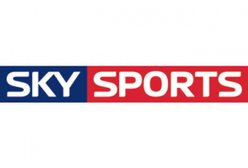 Nelson's history in the spotlight

Sky Sports News will visit Victoria Park for tomorrow's match against Irlam to feature the Admirals as the first English side to beat Real Madrid. The piece will be aired as part of the build-up to Manchester United Vs Real Madrid in the Champions League this coming week. The club would like to encourage supporters to come to the ground early, especially if they have any memorabilia from the game or anecdotes passed on through family or friends.

Nelson became founder members of the Third Division North in the Football League in 1921, a period which saw the finest achievement in the club's history.

The first league match brought a record attendance at Seedhill of 9,000. The game was on August 27th 1921, against Wigan Borough. The Nelson team that day was: Hayes, Lilley, Steele, Marsh, Wilson, Wilde, Eddlestone, Andrews, Halligan, Hargreaves and Proctor. Halligan scored after just two minutes, but Wigan went 2-1 up by half-time and held on to win.

The first season was a reasonable success on the field and a final placing of 16th was achieved. Off the field though, there was concern about the low gates, put down to falling employment in the area.

The next season, 1922-23, was the club's most successful ever, as they finished Champions of the Third Division North, earning promotion to Division Two. Crowds were not as good as their rivals, even when it was clear that Nelson might be promoted.

However, the Blues led a close race for much of the season, and five wins in a row during April saw them romp away to the title, which was clinched on April 24th with a 2-0 home win against Wrexham.

One team was promoted from each of the Third Division North and South of the Football League at that time, and it meant Nelson were entering a nationwide league for the very first time. On the back of their title triumph, and in preparation for life in Division Two, Nelson took the remarkable step of an overseas tour to Spain, in May 1923. They performed with some success, winning two of their four games - a 2-1 success against Real Oviedo and a 4-2 victory at Real Madrid.