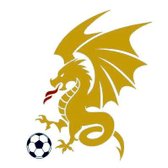 Today's league game at home to Wivenhoe Town is called off.

Today's game at home to Wivenhoe Town has been called off. An early pitch inspection was carried out where it was deemed that there is too much surface water on some areas of the pitch and certain areas were too boggy.

This game was originally scheduled for 12th October but was rescheduled to today because it was called off due to the same reasons. Let's hope that 'third time's a charm' for the rescheduled date. This will be published as soon as we are notified of it by the league.