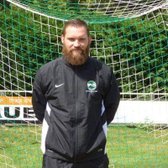 We made the trip yet again up to Lincolnshire for the fourth time in 5 weeks.....

"We made the trip yet again up to Lincolnshire for the fourth time in 5 weeks for the tough trip to Pinchbeck who are flying high and were undefeated in their last 10 games!

We got off to the worst start when a misplaced pass was intercepted and played to their striker who found the top corner, 1-0 down after 4 mins.
Fair play to the lads we reacted well and when Josh Winters had a hopeful shot their keeper fumbled the ball and our lads were convinced that the ball crossed the line but the goal wasn’t given.
On the half hour we were level when they failed to clear a corner and when Michael Lyon had a shot it deflected into the path of Dom Lawless who headed it goal bound and the keeper managed to get a hand to the ball but this time the assistant waved the flag and gave the goal, the reminder of the half was really even with both teams giving it a good go! 1-1 ht.

2nd half we expected to weather a storm and to be fair for the first 20mins of the half they didn’t disappoint and to my lads' credit we defended unbelievably and put their bodies on the line and kept them at bay, after that period we started to comeback into the game and became a threat on the break where we created a couple of half chances without really testing their keeper!

With a minute to go of normal time we won a corner and from that set play we scored what would be the winner, Liam Smyth delivered another great ball into the box and Yaw Ofosu headed the ball into the bottom corner to give us the lead.
We had to see out a massive onslaught for the last 3 mins with a few long throws and in all honesty with the last throw they were unlucky not to get a pen when the ball hit one of our players on the hand.

It was a brilliant result for us and credit to Dunny & his team coz it was a great advert to the UCL in which both teams had to deal with some strange decisions by the assistants who in my opinion never helped the young ref who in turn I thought deserves some credit coz he had to make decisions of his own back and right or wrong had the balls to stick to them regardless!
I’m over the moon with the result and credit too all my players over the last couple of months to keep putting in performances when others could of and would have maybe threw the towel in, we look forward to a rare home game next Sat against Kirby Muxloe."