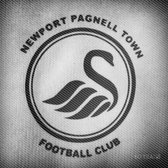 With a much-needed and well-deserved win against Holbeach Unted on Saturday, the Swans continue their league campaign at Yaxley this coming Tuesday evening (29th October.

The 4-1 win against the Tigers was not just big in scoreline, but huge in many ways for Darren Lynch's men as they finally snapped a six game losing streak and finally reaped the rewards of the character and effort shown so far this season.

The win has lifted Town off the bottom two in the league table where they now occupy 17th position.

The opponents this Tuesday night are the Cuckoos of Yaxley who are currently 6th in the UCL Premier Division table. This is the 2nd time these teams have met this season with Yaxley pipping Newport in a 3-2 thriller at the Swans home opener back in August.

Following that, the Swans return home on Saturday November 2nd vs Northampton Sileby Rangers. Keep an eye out for the matchday poster which will be unveiled on our official Twitter page on Monday (@nptfc).

On to Yaxley... Come on you Swans!