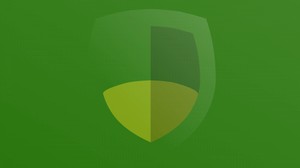 This month brings us to the end of another cricket season. With a new league structure it has been a challenging season for the team, with strong opposition in the league and availability of players making it difficult to get a run of form. As such we failed to improve on the two wins of the season.

That said there are a number of moments to saviour and some new additions to the team this year has strengthened us and we should be in a better position to compete next year. Discussions around league structures are still ongoing and further changes may happen over the winter, which will hopefully lead to a more even league next year.

Of particular note this year, we welcomed Usman Manazir, Jo Morreta and Shenan Grossberg as regulars to the team, who all put in strong performances throughout the season. We also had a number of new and returning players who ensured we always had enough players to make the fixtures and to compete well.

As seems to have become customary we had our last league match against Exwick and came close to winning that match setting a total of 172 for 7 on a challenging wicket (Paul McCutchion 51 and Chris Collyer 34 not out). Things looked promising when we got them to 7 wickets down but two of their players showed how well Exwick bat all the way down the order and H Rose scored 64 not out and K Calderhead 50 not out to see them over the line and win by 3 wickets.

The final match on the 12th September, saw 2 of the local teams compete in a friendly 30 overs match with Newton taking on Heads and Tails. This incredibly close match saw Newton just win scoring a total of 151 (Paul McCutchion 40 and Leighton Daymer 31), and Heads and Tails batting well on another difficult wicket to score 146, with Tom Sunderland coming very close to winning the match for Heads and Tails with 43 runs not out.

The winter sees the start of the always enthralling and fast paced indoor cricket league which runs on Friday evenings, at the University, until the end of the year (contact andrewcork10@btinternet.com if you are interested in playing), and the new year will bring the return on the indoor nets. As always in you are interested in playing next year, want to come to nets, or want to find out more please contact Paul (paulmccutchion@hotmail.com).

Finally our utmost gratitude goes out to John Tremlett after hearing of the very sad news of him passing away. John did a lot of work at the Rec and amongst which he did a fantastic job with the outfield at the ground. We always received great comments from visiting teams about the condition of it, which was always first class. He will be sadly missed and our thoughts go out to his family.