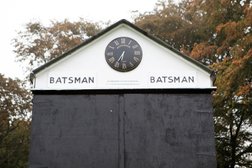 League leaders too powerful for Newton

Newton St Cyres became the latest team to fall victim to league leaders Shaldon as they went down to a sobering 301 run defeat on saturday.
Shaldon openers Karl Blackburn (71) and George Thomas (75) made the most of a good wicket and fast outfield with an array of punishing strokes and even after they were dismissed, there was no respite for the bowlers as Mark Couch (61) and Andy Lockyer (55) also completed half centuries at quicker than a run a ball.
Despite the often painful session in the field, Newton stuck at their task manfully, and Jack Withers (2-73) and Jo Moretta (2-47) were the most successful bowlers, but an unbroken 8th wicket stand of 73 between Jamie Day (34*) and David Swift (29*) meant they didn't even get the consolation of a 4th bowling point.
In reply, Newton started positively and Usman Manazir (23) and Leighton Dayman (20) scored a few boundaries of their own. However, once Ryan Bougourd, fresh from 15 wickets in his last 2 matches, had dismissed the top four the end was fairly near. 73-4 became 73-9 including a hat trick for Carl Woolnough, and although Martin Pearce (10) managed to get Newton up to the second batting point they were all out at the end of the 20th over.