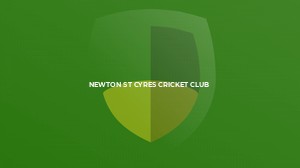 Improved batting not enough as Newton lose to Exwick

An improved batting performance wasn't enough to give Newton St Cyres the win against visiting Exwick.
After late drop-outs left the game 10 a side, Exwick started very brightly with Vic Murphy being particularly severe on anything off target, and it was a relief to the home side when he picked out the boundary fielder after scoring 29.
Greg Newcombe came and went for a brisk 24, a second wicket for Jo Moretta (2-52) but Ray Grunsell joined Howard Rose to continue the run-spree. Both were eventually run out; Grunsell (32) very commendably giving himself out when a straight drive was deflected back onto the stumps and Rose (87) not making it back for a risky second to third man.
After this, Geoff Stroulger (27*) and Mark Priddle (21*) took the score to 257-5 at the end of the 45 overs.
Newton set off steadily in reply with Leighton Dayman and Shenan Grossberg laying a solid foundation after Sam Withers was dismissed for 14. Dayman (46) continued his good recent form until he fell to the first ball from Murphy (3-42). Grossberg made 34 until he was dismissed by Rehan Caryl (2-33) who followed this up with the important wicket of Martin Pearce for 14.
Despite from positive shots from Moretta (19) and Cork (19*), Newton fell short of the victory target and the 200 to ensure maximum batting points.