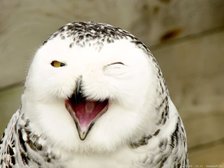 Plenty in the Tank.

Weekends here again with BB looking to bounce back after a disappointing loss away at Rushden last week aginst a SI team with plenty in the tank coming back off a Walk over last week.

First blood went to the away side after a stable scrum, SI 12 crashed over the gain line  putting them on the front foot whilst leaving the BB defence scrambled and after two more strong carries down the blind side SI switched to the open side and scored in the corner after some impressive handling and offloading.

BB gained possession from the kick off and with their first bit of possession in the SI half BB kept it tight and manged to gain a penalty from the breakdown, electing to kick to touch. Line out in the SI 22, the homeside won the lineout and made a successful assault to the try line with hooker Chris Davies getting himself and the BB on the score board.

SI weren't unhinged by the immediate come back from the homside as they immediately retain possession off the kickoff and again showing silky handling skills took it wide all in one phases only to be hampered in the BB 22 with the homside stealing the ball from the breakdown and exiting  but only outside their 22. SI took the ball wide from the lineout and brought back in front if their strong forward runner in the middle of the park creating quick ball which saw the SI 10 kick behind the defence resulting in a try in the corner.

SI kept the pressure on the homedide by journeying their way to outside the BB 22 straight from the kickoff with the attack concluding with a penalty in front of the sticks. SI took the shot for goal.

The restart saw SI get possession and exited straight away with the kick being retained by hooker Chris Davies covering the space behind and in a serious of bizarre events saw Chris kick for touch from half way with the ball being taken out by the SI winger. BB won the line out and initiated a kicking match with resulting in a line out for BB in the SI 22. BB won the ball however the maul not being as effective as it was in their first visit to the SI 22 however with a few tight phases later skipper Tom Shaul bagged himself the first of the afternoon.

A infringement from the SI at the kick off saw BB scrum in the middle of the park, this mistake would end up being costly for the visitors as skipper Tom Shaul enthused from his try a moment ago, broke the line linking with Rory Moore only to be caught on the visitors 22 meter line with their first bit of quick ball, BB went out wide with winger Dan George only to be tackled and the ball to become unplayable resulting in a scrum for SI. Fortunately for the home side an error at the base of the SI scrum saw the pass from the 9 miss their 10 and the ball going dead giving BB a 5 meter scrum, resulting in a try from a nice pick up from 8 Olly James creating a two on one which saw Darryl Moore crossing the whitewash.

With 5 minutes left of the half both teams very eager to get another score for added momentum going into the second half and SI were the team to get it with a pushover try from the BB 5 meter line.

The start of the half saw SI continue to put pressure on BB in their own 22 but the BB defence persevered for the first 15 of the 2nd half.  However this was sustainable for BB and after pushing back the visitors outside the BB 22 was undone by an infringement at the ruck and a penalty against the home side. SI noticed that the BB defenders were slow to react and a quick tap and go saw them run it under the sticks.

SI immediately scored again straight off the kick off with their 8 running it in from just inside his own half.

With twenty minutes to go a comeback was not too far fetched at this point but would be difficult nonetheless. The home side given a boost with Tom Shaul getting his second of the afternoon and securing a try bonus point.

Despite the home side putting a lot of pressure on the visitors the the remainder of the game saw no more points were scored as the visitors soaked up all of what BB threatened with going forward and penalties going against BB letting the visitors off at times.