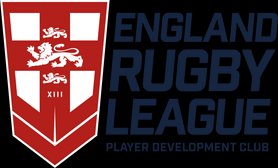 Strong in attack and in defence

The North Derbyshire Chargers performed well against a very capable Swillington side.

Played in glorious sunshine in Barlborough Country Park, this game was a demonstration of how far the Chargers Under 14s team have progressed from last season, in spite of a number of personnel changes in the playing roster and it was great to see another ex-Chargers player returning to the squad after a couple of years away.

Playing downhill in the first half, Chargers were quick in attack and moved the ball well - amassing an unassailable lead while leaving the visitors scoreless. Strong running from the forwards and quick hands from the halves kept the momentum with the Chargers who pressed home their advantage with the ball and were strong and nimble in defence. Some big hits from the forwards and excellent ball wrapping from centres/wingers meant that, even when Swillington were able to break the line, their attack was often cut short and they were unable to capitalise on their breaks.

The start of the second half opened with Swillington camped 20m out from the Chargers line for four of five sets through a mixture of mistakes and penalties. However, a resilient defence held out all attacks and, as with the first half, the team were both physical in the tackle and skillful in executing a number of ball strips to turn bring the ball back into their possession.

Despite a couple of decisions not going the Chargers way - called back for a ball steal and a forward pass some moments later - the attitude within the squad remained positive with both sides showing respect for the match officials and their decisions.

Chargers ultimately ran out relatively comfortable winners over a strong and clearly capable Swillington team. All in all a fabulous win for the boys and a great show for the spectators who, although numbering only around 50 or so, were very vocal in praising the efforts of their players.