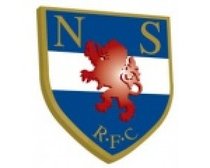 End to end game ends in a bonus point loss for Shields...

North Shields travelled with seventeen due to a late drop out and were hit with a further blow when flanker Fenwick Taylor was injured in the warm up. Shields started the game with first team debutant Lee Brown in the front row with and Ryan Sidney-Wilmott returning to the side after injury at full back.

The game kicked off in a bizarre way with loud music and fair ground rides being the surroundings. The hosts took full advantage of a shuffled Shields securing two early tries. Redcar were beginning to really dominate the game however against the run of play Sidney-Wilmott scored a great try in the corner. The reds had other ideas than Shields getting back into the game as they replied with another try within minutes of the restart. From here on out in the first half it was a case of you score, we score as Shields flanker Ben Dalton was next on the score sheet followed by Mark Hall and then to secure the bonus point a first try for winger James Grant.
Half Time Redcar 27 – 24 North Shields

The second half started and both sides fought hard defending well and attacking with venom. However an incident which saw a man from either side yellow carded saw Redcar take full advantage and go onto secure the win.
Full Time Redcar 27 – 39 North Shields

Man of the match Ryan Sidney-Wilmott.

Overall Shields took a bonus point away from a tough place to visit and were happy with their efforts, they realise if a full 18 had of travelled the final score may have told a different story. Full credit goes to our hosts on the day who played some good running rugby and were very accommodating post game with some great food and a good atmosphere.

Next week Shields have a week off where they will have a first team training session followed by their monthly social where they will initiate their new boys. The next game will be 15/11/14 where the blues will host local rivals Wallsend to Preston Playing Fields.