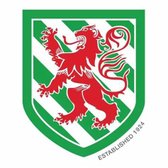 Billingham occupied fourth position in the table when the RFU called time on the campaign because of the coronavirus outbreak.

Billingham Rugby Club was formed in 1924.

The club moved to play on Greenwood Road in 1996, although until late 2000 there were no facilities whatsoever - just three pitches.

During that time they had a three-site existence: changing, playing and socialising in different locations.

However, in December 2000 - and assisted by a £750,000 lottery grant - the Lions opened a new clubhouse that gave the club a solid base and identity.

Billingham have a appointed a new Director of Rugby, who has retained the majority of last term's squad as well as, like most North Premier outfits, also recruiting during pre-season.

For our travelling supporters

The 4G pitch can be viewed from the balcony for those who don’t want to wander too far from the bar!