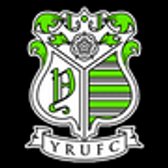 Like Northwich, the men from Clifton Park are celebrated promotion last season

York were promoted as champions after the RFU used a 'best playing record formula' to determine finishing positions after the coronavirus outbreak prompted the governing body to end the season early.

In their final fixture, York travelled to Moortown for a pivotal game in the promotion race.

The home side had been unbeaten at home for two years when, coincidentally, York were left Moss Valley as victors.

At kick-off, Moortown occupied third place in the table, a five-match sequence without losing leaving them 13 points behind York.

However the table-toppers again prevailed, this time by 34-24.

In the past 12 years, the two parent bodies, the Cricket and Rugby Club, were joined by the York Lawn Tennis Club and the York Squash Rackets Club.