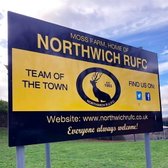 A collective effort now will improve the chances of everybody being able to benefit in the future
Steve Lander, facilities director

PLAYERS at Northwich Rugby Club will pause preparations for a new season while they make their pitch perfect this weekend.

Richard Dale, a first-team regular for Blacks, has assembled a team of volunteers tasked with improving the playing surface at Moss Farm as part of NatWest RugbyForce.

They start work on Saturday morning.

“We’ve had offers of help from all parts of the club,” said Steve Lander, facilities director at Northwich.

“And that’s brilliant to see because our pitches aren’t only used by the senior players, but our youngest members too.

“Not only that, we also act as hosts for Cheshire RFU and neighbouring schools when they hold tournaments or festivals here.”

Postponed from June because of the coronavirus pandemic, NatWest RugbyForce is a nationwide programme developed in partnership with England Rugby – the game’s national governing body – that encourages rugby clubs to get their grounds ready for the sport’s return during the off-season.

Northwich, one of more than 800 clubs expected to take part in the two-day initiative, have received a £500 grant to pay for materials they will use.

Lander said: “Our priority is to improve drainage to reduce the risk of us not being able to use the pitch when the weather is wettest from December through to February.

“A collective effort now will improve the chances of everybody being able to benefit in the future.”

He plans to be on-site to make sure every helper stays safe by following the latest Government and RFU guidelines on group activity.