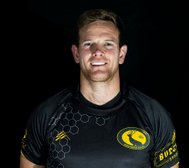 Sam sets out his target for a return of rugby

We'll put smiles back on faces

UNDER 12s coach Sam Naylor is hoping the return of rugby will put smiles on people’s faces from next week.

The easing of lockdown on March 29 means the Northwich Superstars can get back in action after being stuck staying in for the best part of three months, and Sam can’t wait.

He said: “We’ll be looking to make the most of the months ahead and bring smiles to people’s faces both on and off the pitch.

“I’m glad lockdown is coming to an end because we only had our social media pages to keep them engaged!

“But the children and parents have been great. We did activity packs, rugby quiz and a little zoom training”.

He continued: “I’m really looking forward to getting back to Moss Farm with the kids, their parents and other age groups, because the social side is really important and has been missed by many.

“My main aim will be to re-engage with as many as possible from the current squad and welcome new children on board, the sessions will be fun, engaging and competitive.

“After so long away from the pitches we have a great opportunity to re-works skills and build up their fitness. We will be doing a lot of small sided games mixing R4R and Xrugby7s.

“We have a day planned in at the end of March (“Litter Superstars” more news on this later in the week).

He said: “A lot of energy and excitement has built up over lockdown!

It’s going to be interesting to see how the boys and girls have grown up since December.

“It will be games, followed by games and more games with a sprinkle of skills.

“We’re always looking to challenge and bring some tasks to their play and to the scoring of games.

And Sam lastly admitted what he thinks the children have missed the most during the lockdown, concluding: “Rugby and everything it stands for – not only playing but being at the club with their teammates through to watching first team, helping out with the minis, ball-boying home games. You name it, they haven’t done it in ages.”