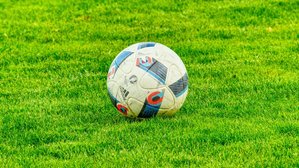 Under 18s: Young Planters Get Off to Winning Start

The Under 18s made a winning start to the Thurlow Nunn Eastern Counties Youth League with a deserved 1-0 win over Diss Town Under 18s.

Alessandro Fumagelli, making his competitive managerial debut, had enjoyed a very positive pre-season, with the newly assembled under 18 group beginning to gel and put together a solid set of results.

He couldn't have been happier with how his new-look team started under the floodlights at Plantation Park, as the Young planters dominated the early going, creating a string of good chances without finding the net. It took until the 45th minute for Caleb Geib to open his account for the season after some excellent possession play and superb work from Charlie Barber.

After half-time, the game was a much more even affair with Diss enjoying more possession and creating a number of chances. Despite this, the young Planters always looked like they had another gear with Ryan Forbes a constant driving force in the middle of the park.

Charlie Barber had a gilt-edged chance to put the result beyond doubt but his point-blank header was somehow bundled off the line by a combination of the Diss keeper and defender on the line.

Overall, the Planter's manager was very happy with the start his boys made.

"The game started well, with us in control of the ball and dictating the tempo.

We had quite a few opportunities to score throughout the first-half but didn't capitalise on them until the 45th minute where Caleb scored after a great possession from us.

The second-half was a bit wobbly to start, having changed the tactical approach at half-time, we found it more difficult to control the game and tempo like we had in the first-half. We allowed Diss to come into the game and create a couple of good chances but fortunately nothing came of it. But the boys did create some clear goal-scoring opportunities but struggled to find the net.

All in all a good first game taking all 3pts and a clean sheet. Very much now looking forward to the next one."

Make sure you sign-up to our newsletter to receive weekly updates on transfer news, events and fixture announcements.