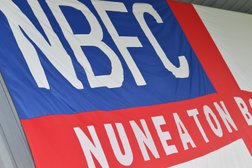 Nuneaton Borough U21s made the trip to Leicester Football Academy U21s looking to keep there unbeaten start to the season intact in their third away fixture on the bounce. After an even start to the game Boro started to dominated the first half with the midfield three of Parsons, Thompson & Okyere dominating and creating numerous chances that went begging. The LFE keeper was being forced into action to deny the lively Bonnell & Adomako on numerous occasions. Boros two wing backs Richardson & Fairbrother started to cause the LFE defenders problems with good delivery into the box and in the 30th minute Boro had a strong claim for a penalty waived away by the referee after a late challenge on Bonnell by the LFE keeper that resulted in lengthy treatment for the Boro front man. LFE were a constant threat on the break with Oliveira causing Boro back line difficulties at times but the defence of Knowles, Baldwin & Pomanus stood firm. On the 44th minute a quick free kick by LFE caught Boro knapping and LFE forward Jennings raced clear to slot past the advancing Howe in goal.

Boro started the second half well, dominating possession but were unable to find the equaliser that they deserved. On the 60th minute a triple substitution of McCullough, Watts & Kilunda along with a change of formation had an immediate impact. Good work from McCullough & Adomako on the Boro left found Watts in space in the box who finished first time. On 65 minutes a square ball across the LFE half found the Boro skipper Thompson who curled a beautiful left foot shot from 25 yards into the top corner. This kick started LFE who pushed forwards but again the Boro defence stood firm with Kilunda and Parsons in midfield offering protection. With 8 minutes left to play Thompson was sin binned for decent but the 10 men of Boro showed maturity in and out of possession to collect the well-deserved three points.

We went into this fixture full of confidence after our strong start to the season but were under no illusions how difficult todays fixture was going to be against a strong team on a pitch that wasn’t the best for us to play our football on. We felt we should have had a definite penalty in the first half after the foul on Bonnell and were astonished when the referee didn’t give it. After dominating the first half for long periods and more than matching LFE physically we were disappointed to go in at half time 1-0 down as the goal was avoidable from out perspective, we switched off and got punished. Myself and Kev told the players at half time just to increase the tempo as we were creating chances and we all felt as a group that we had it in our locker to turn the game around. The triple substitutions and change of formation on the hour worked instantly and credit must go to the players for they way kept going and managed the last 10 minutes when down to 10 men. A professional away performance and three more points on the road.