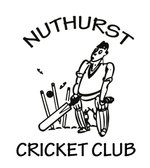 I joined the Nutters in 1989 when John was one of the mainstays of the side, on and off the field. He was about 40 then, so although we played together for a decade or so, we were both a touch past our bests by then, but it didn't take much imagination to see how destructive an opening bat he had been - indeed still was: in impact terms, think Guy Ekins but without Guy's finesse. If Guy was a rapier, John was more the broadsword, but the effect was just the same. Okay, he could frustrate by throwing his wicket away needlessly on occasion but this was more than counterbalanced by the occasions on which he paralysed decent opening attacks.

I know it's as corny as Kansas in August but he really was no respecter of persons or reputations. For him, a half-volley/long hop was simply a half-volley/long hop, whoever delivered it and as far as he was concerned it was going to receive the full treatment. Like most opening bowlers, I liked an over or two to settle into my groove and as a former opening bowler himself, he knew this (again, think poacher turned gamekeeper); and knew equally that there was likely to be some loose stuff on offer early on while they did so. But where he differed from many opening bats was that rather than say 'thank you' and tuck it away for a comfortable single, he would look to blast it to perdition. And woe betide any bowler who then got cross and tried to intimidate by dropping short: that was even more grist to his mill...

And all this carnage was carried out by a man wearing one of the silliest flower-top hats I've ever seen on a cricket field! But more than all of this, he was one of nature's genuine Good Guys. Good family man, lovely first wife. I won't claim anything as profound as claiming that 'he touched my life for ever' but he was one of a number of cricketers along my cricketing journey whose company I enjoyed and who I will remember with genuine affection. And as a near-contemporary, his passing is yet another uncomfortable reminder of one's own mortality!