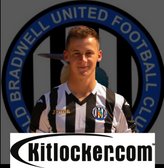 After last week’s 8-0 in at Codicote we welcomed 61FC to Abbey road, a team who are at the wrong end of the table but who have recently changed managers. We stressed to the players that it was our approach that would decide this game. We welcomed Jakk Pursey back into the squad following his suspension while Tommy Cooke dropped out due to injury, the rest of the squad was as last week’s win.
As expected we enjoyed the lion’s share of possession from the outset but were a little apathetic in our passing and movement which showed. We also came up against a goalkeeper who was in inspired form all afternoon and without whom the score would have been much higher.
We took the lead on 16 minutes when a great through ball from Josh Bird put Ben Green through he finished at the 2nd attempt. We had some good openings but failed to make the right decision at times and we were still a little sloppy in possession. We doubled our lead on 26 minutes when exceptional work from Josh Douglas Smith down the right resulted in a tap in for Ben Green.
The 61FC Goalkeeper made a couple of great saves to keep the score at 2-0 but was unlucky to conceded a third on 41 minutes, when a ball broke to Jacob on the edge of the box his volley struck the back of Scott Valentine's head and looped into the top corner.
We lost Aaron Bhasin on 43 minutes with some sort of thumb injury and he was replaced by Carl Bryce. It remained 3-0 at Half time.
The players were told to address their slow and pedestrian passing in the second half but that message was largely ignored and we continued to take too many touches and over elaborate.
We made it 4 on 52 minutes when a Josh Bird corner was headed in by Ross Butler.
Jakk Pursey entered the game on 60 minutes for Jamie Cox and Ben Green made way for Sam O'Neill on 70 minutes. The 61 keeper continued to perform off some top class saves but we got our fifth and final goal on 87 minutes and it was Josh Douglas Smith who scored after good combination play between him and Scott Valentine. The game finished 5-0. Tougher tests to come and we will need to play better.
Man of the match was Ross Butler
Share via
FacebookTwitter
https://www.pitchero.com/clubs
Recent news