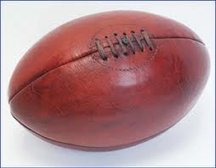 Cents travelled away for their second pre season game against old friends Thornbury.
It was a terrible start for the Cents team as they began their four 20 min quarters.
Cents looked lost in their first period as they seemed to be playing with no structure at all and it showed as they watched Thornbury run in four try's to none.
Cents did have plenty of possession with good runs from inside centre Peru and flanker Dan Knappman but nothing came from their good work.
Changes were made for the second period and a stern word from coaches Jack Preece and Ben Slatter seemed to move things in the right direction.
A try each from fullback Lewis May and second row Alex Walters closed the gap a little as the team began to work to their game plan.
The teams changed ends and Cents had the next two periods going up the hill, a few more changes had been made and two more try's for Cents to equalise from Phillip and Alex Walters, who got his second of the day.
The fourth period was all Cents as they began to click with a strong team to Finnish.
Outside centre Sam Smith scored 3 try's and flanker Craig ballinger scored a fine try at the end.
Thornbury did pinch one back with a nice try of their own when their winger caught his own chip kick and ran in to score.

Coach Jack Preece said " we just need to trust in our game plan, if we do that I'm sure we can do well, it showed today, we did some good things in the first period but it was individually and so we ended up 4 try's down, we then trusted in what we have been doing in training and came back scoring 8 try's.
There were some good performances today from new guys Alex Walters and Peru and I thought Mike and Alex Mathers were awesome today, they all worked really hard.
Sam Smith had an off day for his standards but he still scored 3 try's,
We still have quite a few players to yet play a game so hopefully they can be available for this weeks game against Coney Hill.