Why we are 'The Old Mids' 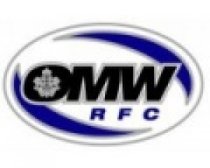 Why we are 'The Old Mids'

The Midwives. The Old Mids. The Mids.

As William Shakespeare once said: “What’s in a name? That which we call a rose by any other name would smell as sweet” – and although he was poking gentle fun at the nearby Rose Theatre which notoriously stank of urine – we here at the Mids are always being asked about our club name.

For decades it seems, people have been arguing that the Old Boys Association and its member sports clubs should reflect the change of the school name from WHITGIFT MIDDLE SCHOOL (aha, you’re getting it now …!) to Trinity School: a name-change that occurred in 1954 - some 8 years before the school moved from central Croydon (where the Whitgift Shopping Centre now stands) to the new site in Shirley Park, East Croydon.

We are NOT the Old Whitgiftians - they are the Old Boys of Whitgift School, a completely different, though related, educational institution. But you can see how easy it has been for visitors and opposition clubs to get us confused with each other.

As ever, sports clubs have emotive discussions about their name, (just look at the passionate views of Hull City Football Club supporters who are distraught at the idea of changing the club name to Hull Tigers FC.) but for now there are no plans to change our rugby club’s name to any other hybrid.

That’s why we welcome you to our club - the Old Mid-Whitgiftian Rugby Club - and not Old Trinity, Trinity Old Boys or indeed the Trinity Mid-Whitgiftians.