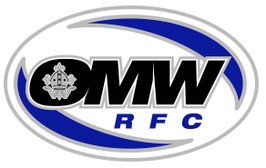 Following a well-attended Extraordinary General Meeting on the evening Wednesday 23rd January 2019, members of the Old Mid-Whitgiftian RFC (‘The Old Mids’ or ‘OMWRFC’) voted overwhelmingly in favour of the proposal to change the name of the club to Trinity RFC.

A vote and subsequent EGM was called by the Management Committee following years, if not decades, of debate about changing the club’s name to better represent where we stand as a sporting organisation today.

The club was originally formed in 1926 by and for former pupils of Whitgift Middle School (hence the ‘Old’, ‘Mid’, ‘Whitgift’ elements) which subsequently changed its name to Trinity School of John Whitgift in 1954.
In recent years, Trinity have begun referring to its former pupils as ‘OTs’ so it is fitting that the club’s new name, is more than a subtle nod to this whilst also retaining an identity of our own, as we have been and will remain, a welcoming, inclusive rugby club open to anyone who wants to play and enjoy themselves whilst doing it.

Now that the name change has been approved by its members, the next step is to seek approval from our governing body, the Rugby Football Union.
Barring any objections from the RFU, the club will officially be known as Trinity RFC from the 1st of June 2019.

In addition, the junior section of the club will be known as Trinity Titans.

Changing something with so much tradition and heritage attached to it is not an easy task but all that history will not be lost as our much loved moniker and traditional nickname ‘The Midwives’ will live on - the Former Players section now being officially known as such.

Here’s to a new chapter.