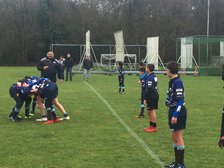 With a switch of grounds at the last minute to allow the fixture to go ahead, Reigate RFC took the short trip up to fortress Lime Meadow, arguably the best rugby pitches in Surrey, for the Quarter finals clash with the newly formed Young Mids U12 team in the Surrey Cup Quarter finals.

The Young Mids captain, Orlando lead from the front and demonstrated the principle of play "Go Forward" every time he was in possession of the ball, and was always supported by Dan and Joshua.

The Young Mids kept the pressure on Reigate and after 5 minutes of multiple phase play, Ashley broke through the Reigate defensive line to score the first try of the match from the wing. Reigate restarted with a kick to Mids, who showed some outstanding continuity of play, with the ball passing through the hands of almost every player on the team, until Archie saw a gap in the Reigate defence, and powered through for the second try of the game.

The Young Mids did not let up with their defensive pressure on the Reigate attacks , and after a turnover ball secured by Alex and Niam, Dan make a line break and managed to produce the offload of the game whilst being smother tackled, passing the ball out to Ashley on the wing, who ran in his second score of the half. 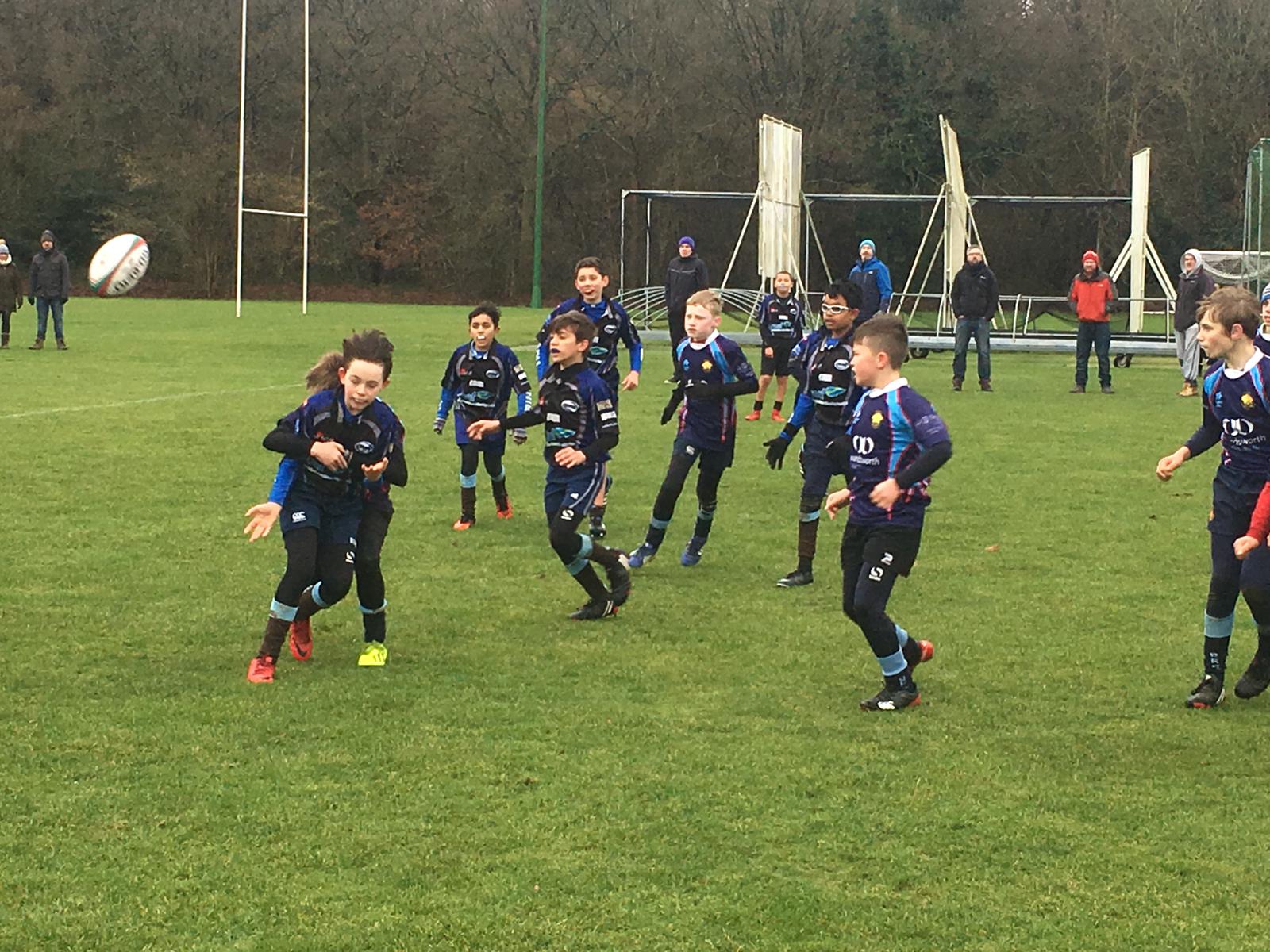 After a clean catch from the restart by TMWCC veteran Dylan, Young Mids stalward Joseph executed his trademark sidestep, to create space and run in the fourth try just before the half time whistle. 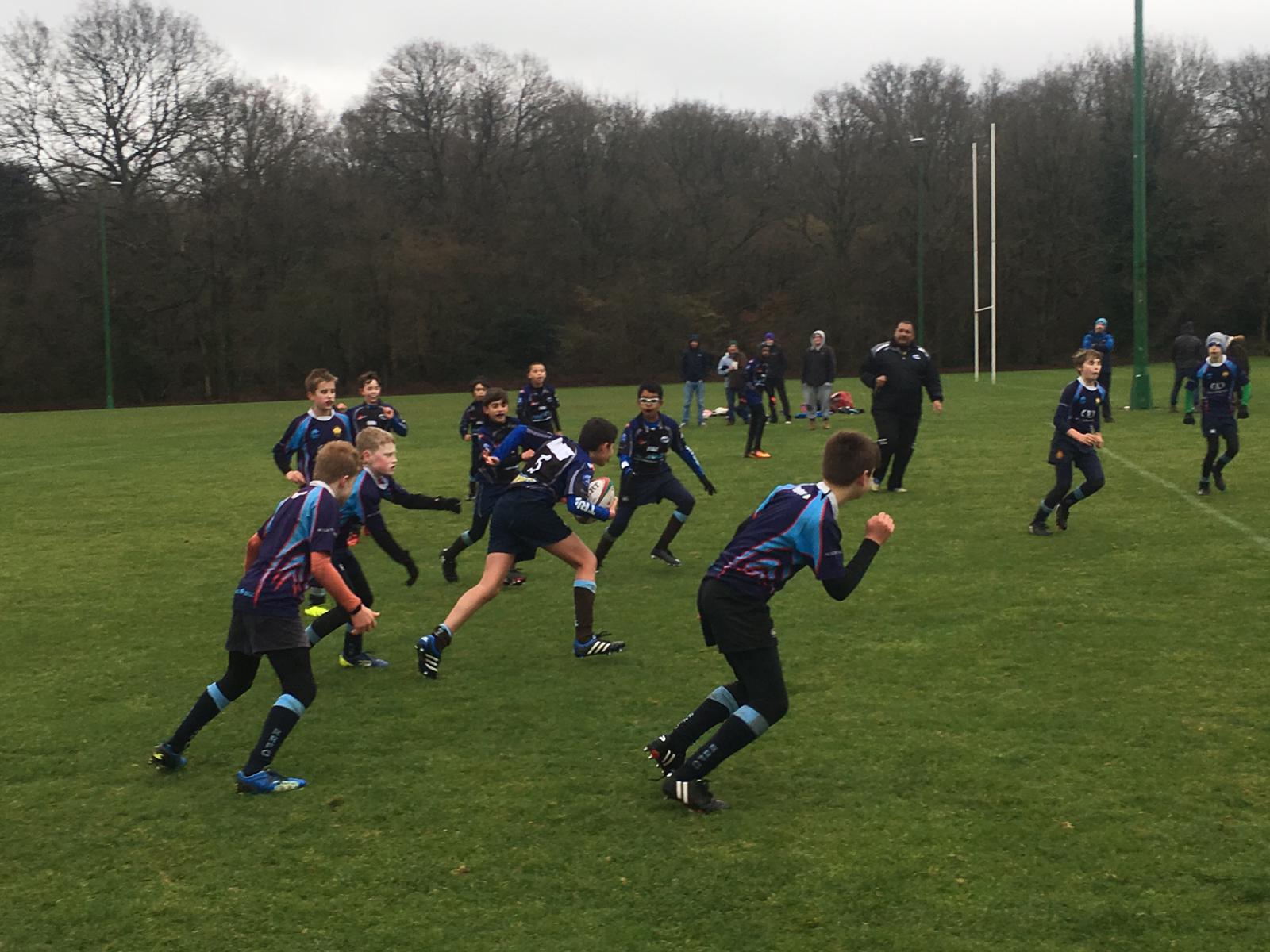 Reigate came out fighting with a strong opening to the second half, and caught the Youngs Mids defence sleeping to score their first try of the match, straight from the restart. The first ten minutes of the half saw the Young Mids fight off the attacking efforts of Reigate, culminating with a textbook two man tackle by Archie and Dylan on the try line.

Reigate continued to apply pressure on the Young Mids try-line, and eventually broke through to score their second try of the match. This seemed to reignite the Young Mids, who stepped up a gear and ran in two tries in quick succession finished by Ashley and Archie, but having been created from slick handling and offloading from Dylan, Dan , Alex and Niam. 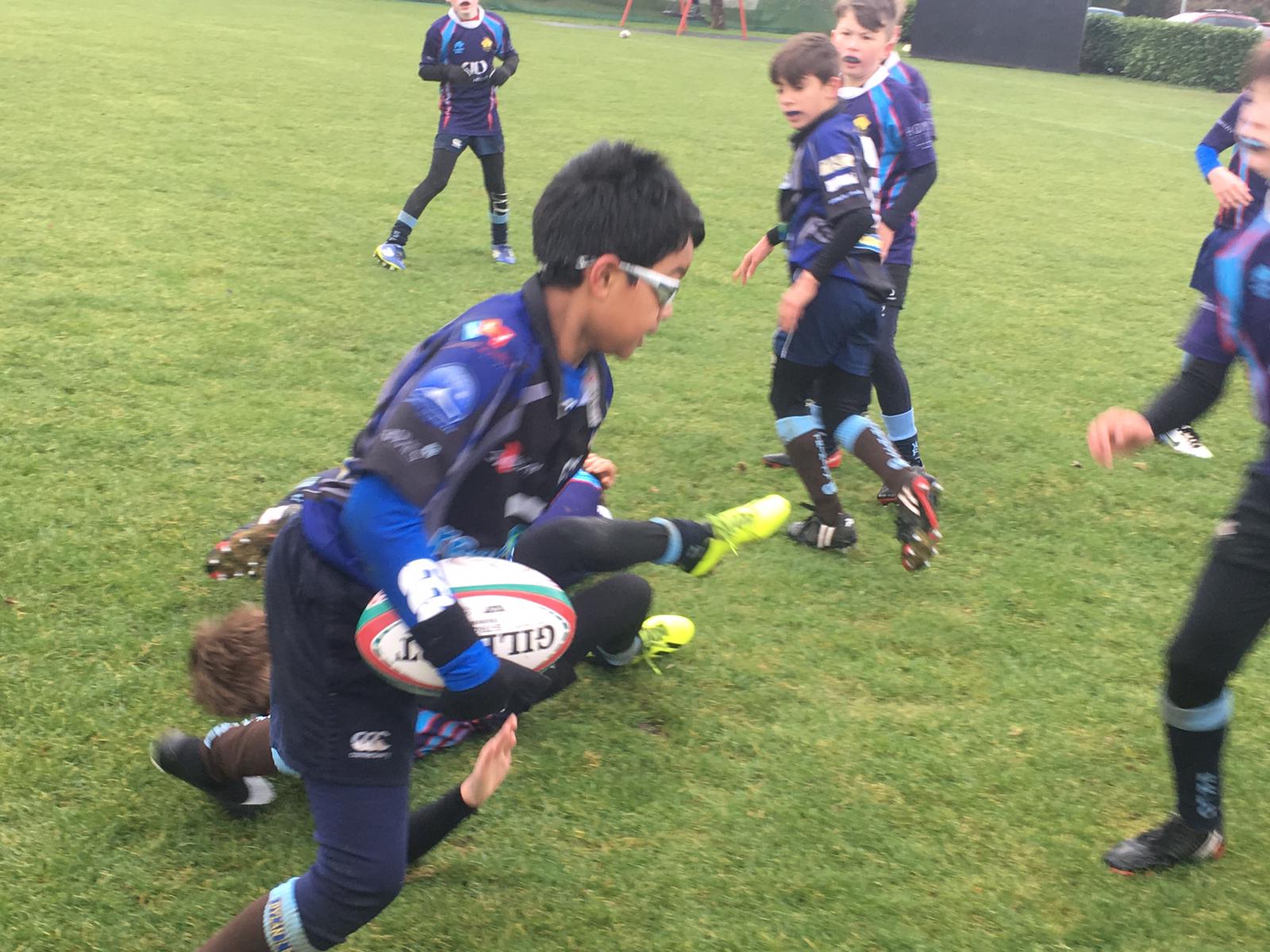 Overall, a champagne rugby performance from a Young Mids team that had never played together in this combination, with outstanding debuts from Alex, Niam and Archie.

The Young Mids travel next to Wimbledonian Warriors for their semi-final clash on Sunday 3rd March, which hopefully will see them through to the Cup final hosted at Esher on Sunday 14th April. 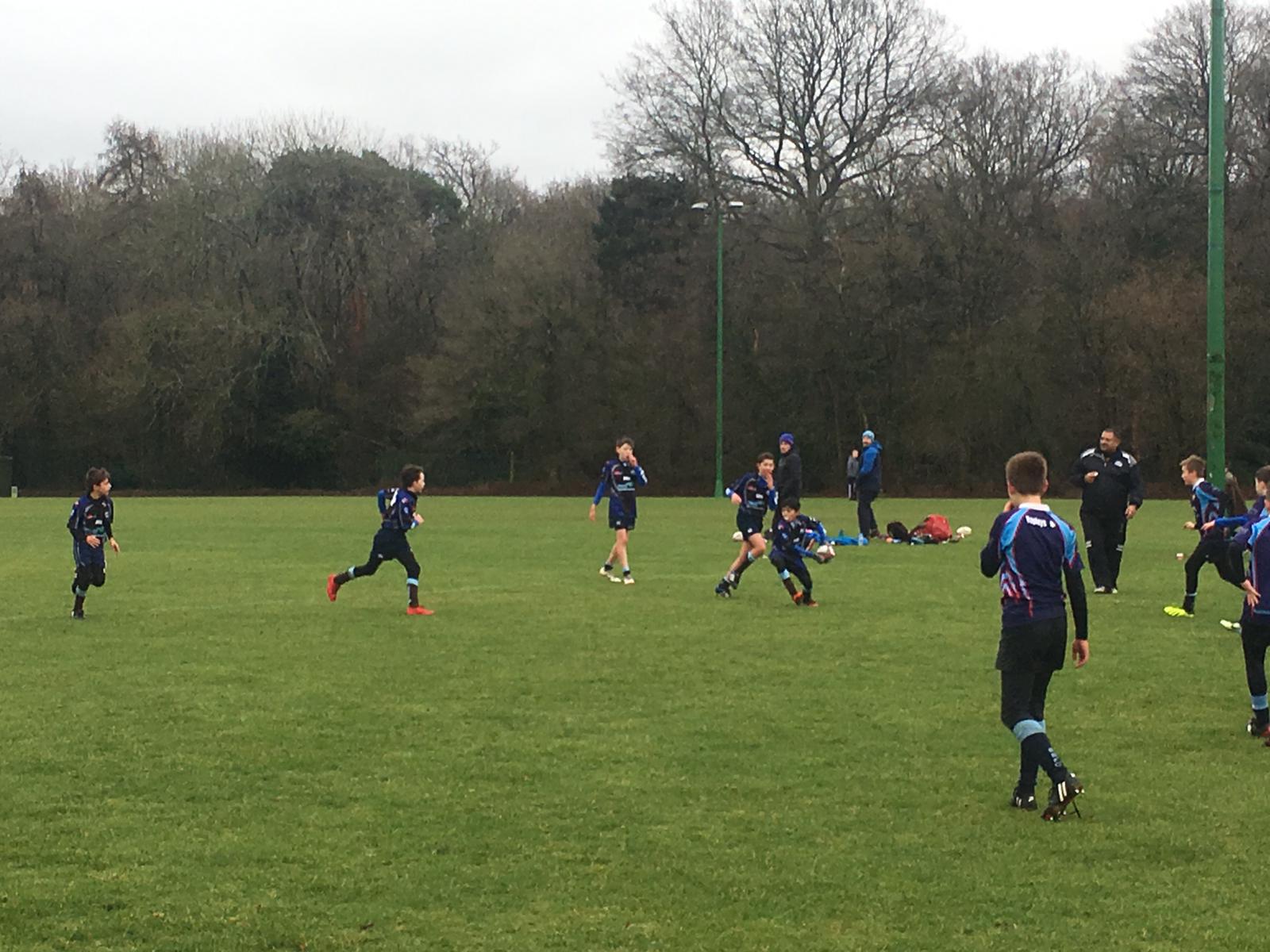