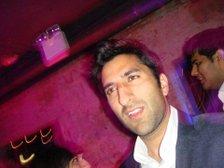 Shut up you dumb bitch

The 4th March 2017 began like many of the Saturdays before it. I awoke semi-drunk, dehydrated and alone, breathing in the fumes of my alcoholism. I rolled over in my bed and checked my phone. The Uglyrussianjew had been in Denver, the dirty old devil, his snapchat story relaying a night of confused scantily clad Coeds being sprayed with gallons of milk in a paddling pool in the middle of a Colarado nightclub. For a fleeting moment I allowed my imagination to wonder to an alternate reality where a Shortbaldingindian tours the nightclubs of Britain licking lamb roghan josh off the nipples of promiscuous ladies. Mmmmm…Alas I was brought crashing back to earth by the sudden realisation that kick off for OMT’s JLC Cup clash with Old Berkhamstedians was hours away; the prospect of 90 minutes doing all Sanker’s running and heading against a Division 2 side, doing little to alleviate my Saturday morning angst.

With Malkin out trying to flog his 1.2 Litre, 02 Reg Micra to a young Polish father of two from Ruislip, Keating was to be found warming up early in between the sticks, a steely look in his eyes, resplendent in his luminous goalkeeper top. He spat on his gloves, kicked the post with the back of his boots and proceeded to tick off every other goalkeeping cliché before beginning the most vigorous of warm up routines. Shouts of “the milky bar kid? Ah the milky bar kid” and “Malkin wouldn’t have saved that” echoed from the rafters as Keating’s goal was peppered with poorly struck efforts from 35 yards by debutant Messias and defensive stalwart Warren amongst others. A few flamingo stretches later and kick off was upon us.

OMT, as has become customary in recent weeks, began well, matching their opposition in the early passages. Marshalled well by Phillips and stand-in centre back Warren, OMT maintained their defensive shape with midfield runners looking to push forward and support the BIG man up top as the home side transitioned to attack. Minutes passed without event, when suddenly Patel was found by Sanker with a right to left pass near the halfway line. Spotting Raschid taking off with that trademark diagonal run from the left wing, and with an opposition runner closing, Patel allowed the ball to come across his body and curled a beautifully weighted, first time pass inside the Berkhamstedians full back to find OMT’s leading goalscorer in stride, bearing down on goal with only the keeper to beat. The chance went astray and the half concluded with little further goalmouth action in either box.

The second half began ominously for OMT. Metha receiving the ball from Kasler staright from the kick off and passed to Patel on his left. Rather inexplicably, Patel proceeded to allow the ball through his legs for the onrushing left back Messias. To his horror Patel turned to find that Messias, seemingly distracted by a fair jewish maiden in the crowd, had not galloped forward in expectation of this moment of sheer brilliance and watched the ball dribble pathetically off the sideline. As Kasler had a go at the prodigiously talented midfielder amongst the jeers and taunts of the record crowd, Patel retorted with his best Jono ‘Judas’ Phillips impression and told his captain to “fuck off and die in some Ketchup”.

Indeed el-Capitan was involved in another controversy, this time throwing his considerable frame theatrically to the floor in the opposition penalty area at the slightest hint of contact from a Berkhamstedian defender (as it so happens it turned out not to be the worst dive OMT have witnessed in a cup fixture this season). The referee predictably waved play on and the baby hippo, pride intact, slowly got to his hooves feet.

As the game chugged on, tensions mounted with a place in the next round of the prestigious cup competition at stake. And the fixture threatened to boil over when Mehta was on the receiving end of a late shoulder charge from a player half his size. Suitably aggrieved, Metha began a heated discussion with the Berkhamstedian player, who, reminiscent of a first season Sanker and protected by the referee and his team mates, sent a “you fat prick” in the direction of Metha. Further words were exchanged as the vociferous away contingent looked to get involved with “call that a wedding diet” but were abruptly shut down by a “shut up you dumb bitch” from Metha.

At some point or other four goals were conceded by OMT, none scored. One through Malkin’s gloves, who, unable to handle the negotiation of his motor, returned for the second half only to mishandle an effort from distance. An anxious few months await the young trainee lawyer from Northwood, 23, with the experienced Pike ready to assume position between the posts while Malkin travels South America in search of Powder, Prada handbags and Matinées...

Time not yet confirmed but will push for this.