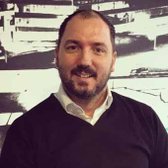 We’ve been working with Phil as an advisor to the new board for a few weeks and his passion and enthusiasm combined with his experience makes him an ideal person to put the board’ plans into place.
James Rogers, Chairman of Ossett Town

Smith has a wealth of sports administration experience working nine years in New York with Yankees, New York Red Bulls and Nike and four seasons at Manchester United. His role will be to advise the board on business strategy and be the primary link between the day-to-day business and the boardroom.

Ossett Albion’s John Chidlaw said “Phil was brought into advise Ossett Albion and Unita Academy on all things in football business, since arriving he has helped to rebuild the club working alongside old and new members behind the scenes.

Looking to the future Smith will be charged with the direction of the new club, its ability to generate revenue and the overall amalgamation of Albion and Town respectively.

Smith is working closely now with the board and the FA in order to pull things across the line ready for the new season.