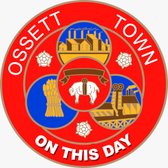 one of my favourite games in football ever
Steven Jeff, former player, captain and caretaker
On the face of it this is just another game in the Evo-Stik calendar. Ossett Town finished the season in eighths and Cammel Laird, although 11th, resigned their league place and started the 2014/15 season two divisions lower in the North West Counties First Division.

But to realise the size of this game we first have to jump back a few days to the Monday of the week when manager Craig Elliott resigned his position and took up post in the North East Counties First Division.

A committee meeting was arranged that day and captain and left back Steven Jeff was put in caretaker charge.

Preparation for a game the next was disrupted with the former manager approaching a number of players who made it clear they would not be available for the game.

Jeff, along with the chairman and secretary we constantly on the phone trying to ensure a squad was in place for the game the following day, some players were talked round and to ensure the game took place played their final game for the club. The result was 3-3, and the points snatched away thanks to a last minute penalty.

New signing Brice Tiani made his debut and Sam Pashley was called up from the reserves to make his debut.

Whilst the game was going on, managerial interviews took place and a decision was made the following day, John Reed was to be the new manager but due to previous commitments could not take charge until the following week.

Things got worse before they got better, however, for the game with Cammell Laird as unbelievably, some players had also been given the day off by the former manager further depleting the squad plus Brice Tiani and Joel Hughes were unavailable due to work commitments.

More players were called upon from the reserves for the first time, Matt Sykes, Ryan White and Kyle Rose, Tom Dews was signed from local side Horbury Town and Liam Smith, registered earlier in the season was available as his NCEL side were without a game.

The final registrations were confirmed by the league, minutes before the deadline, and as the coach was ready to pull away from the ground.

There were further complications as with the coach full of players, officials and supporters witnessed a cyclist being knocked off his bike at the bus station opposite. Physio Dan Payne, named as a player on the team sheet later that day, leapt off the coach. He only left the thankfully uninjured cyclist when the first responder arrived. Finally, Ossett Town were ready to head to Birkenhead!

Sam Pashley made his first start for the club, the former junior player starting at right back, Matt Sykes and Tom Dews were handed debuts with White and Rose on the bench.

Unsurprisingly Cammell Laird started well and hit the bar in the early stages, Town officials feared the worst and just wanted to get through the game with minimal damage before the new manager, John Reed, took up the post.

Ossett Town came into the game and through an excellent strike by Ryan Williams took the lead, it looked to be shortlived however as the home side were awarded a penalty. Ossett Town goalkeeper, Sam Dobbs, one of the largest characters in non-league, and himself only a couple of months into his Ossett Town career superbly saved the penalty. Maybe, just maybe the Reds could pull this off…?

Cammell Laird’s pressure eventually paid off and they drew the game level, and the second half was an even affair and it looked like a point was on the cards, oh how Ossett Town would have snapped your hands off for that at 3pm.

Then, with 14 minutes remaining Tom Dews broke down the left, the youngster beat his full back and sent a deep cross into the box which was met by the head of Rob Branagan who scored his first goal for the club.

As the minutes ticked by Town officials and fans were dotted around the pitch shouting words of encouragement to the players, Tom Dews was replaced in the final few minutes, cramp making it a struggle for him to walk, Ryan White, another former Town Junior getting a debut.

The full time whistle went, and the victory was celebrated as if promotion or a cup had been won, much to the bewilderment of the home supporters who hadn’t realised what had gone on the week before.

Caretaker manager Jeff said after the game “That is honestly one of the best victories I have ever played in. Unbelievable. Everyone was brilliant today, different class” and more recently, looking back said “It was an unbelievable day, one of my favourite games in football ever”.

The coach ride hope flew by, the delight was seen by all. Once of the toughest weeks on the field in recent history saw four points taken from six and junior players given an opportunity to show what they can do.

The Ossett Town side that day was: