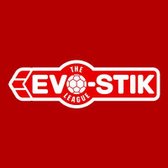 **UPDATED** Coming Up In November

The Evo-Stik League have confirmed we now have a league game on Saturday 11 November as Colne will travel to Ingfield.

The weekend had been free due to Glossop North End’s progression in the Buildbase FA Trophy, after the conclusion the replays the leagues has re-shuffled the fixtures to fill the gap.

Colne were the one side last season who caused the most problems, a brace of 2-1 victories saw them take six points from Grant Black’s side.

As we move into the fourth month of the season Grant Black and the side will be looking to pick up some points in the Evo-Stik North as the side play’s catch up with the sides around us.

The first game of the month sees us travel to Clitheroe on Saturday 4 November for a 3pm kick-off, a supporters coach is available for those wanting to support the side.
Alex Peterson, Marcus Day and Ashley Jackson were all on target at Shawbridge when the side met in February of this year as we ran out 3-0 winners.

There is currently no game scheduled on Saturday 11 November due to Glossop North Ends success in the Buildbase Trophy, however there is chance a game could be re-arranged for this date by the Evo-Stik League.

The Integro Doodson League Cup tie at home to Goole has been moved to Tuesday 14 November meaning the away league game at South Shields has now been postponed, once this is re-arranged it will be announced here.

This will be the third meeting with Goole this season, the league encounter at Victoria Pleasure grounds ended in a 3-0 victory thanks to two goals from Peterson and one from Kai Hancock. Goole travelled to Ingfield in the FA Trophy Preliminary round and again we won 3-0, Alex Low, Ash Jackson and Danny South with the goals.

We’re on the road again on November as we travel to play Skelmersdale United, Skem, relegated from the NPL last season, who have had a difficult season as off-field problems have seen them forced out of their Stormy Corner ground.

They are now sharing with Marine FC and will end the season with Prescot Cables.
On 25 November we host Kendal Town and will be looking for a repeat of the 2-0 victory in December 2016. Former players Tyrone Gay and Danny Frost were the goal scorers that day.

The second round of the Integro League Cup is scheduled for the last week of November, a victory over Goole in the first round on 14 November would see us travel to the Flamingo Stadium to face Scarborough Athletic.