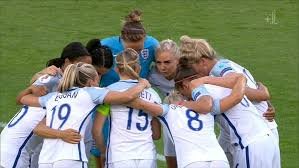 Obviously having a women's programme is part of the plan, we are building a club for everyone and anyone and women's football is very much part of the new club and its culture.
Phil Smith Chief Executive of Ossett United

Newly proposed Ossett United have announced that a women's' programme will run parallel with the men's' as the club aims to promote a sports club for all. Ossett United women's team will be based at Dimple Wells and will be the first to benefit from the planned ground improvements which include a new UEFA standard 4G pitch, four changing rooms, a purpose built gym, café and a club shop. This will put the women's team in a fairly exclusive club - along with teams like Manchester City - as a women’s team with their own facility.

Hannah Simpson, Chief Executive of the West Riding County FA said, "Women's football in the region is growing stronger every year and we have had some great players produced from teams based in West Yorkshire. With a professional coaching structure in place and a dedicated facility I believe this new club is an exciting prospect and hope that it becomes a club the people of Ossett and surrounding areas can be proud of."

Jen O’Neill of women’s football magazine and website She Kicks has also praised the club, “While the women’s game goes from strength to strength in the UK, one of the barriers to development for many clubs across the pyramid is the very real struggle for access to facilities, so it’s fantastic news that Ossett United are backing their women’s set-up with both practical and financial resources. We wish them all the best and look forward to watching their progress over the next few seasons.”

For more information on this or any other club related topics please email admin@ossettunited.com