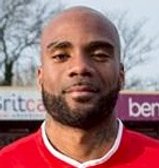 Ossett Town headed to Shawbridge boasting an unbeaten away record and a run of 4 league games unbeaten.

The Reds were still depleted hit by several injuries and suspensions which gave a chance for sepveral players to stake a claim in the starting line up.

For the first 25 minutes the Reds were not at the races and were made to pay for it in 8 minutes, when Brad Carroll broke through the Ossett defence and his lay off to West was drilled home. The lead was doubled on 15 minutes when a Inswinging corner from Stephen Rigby caught the Ossett defence was caught out by Carroll who headed home from close range.

Grant Black changed the formation moving Danny South into the back four and putting Alex Low in front of the back four, this paid dividends and minutes later experienced striker Emile Sinclair almost made the most of a mix up in the home sides defence. After 35 minutes the Reds started to come into the game and
with the home crowd hoping for a third goal, they were silenced as an Ossett through ball was smothered by Thompson, but Rowlands had fouled Kai Hancock on the edge of the box. He was shown a yellow card and from the free kick Steve Ridley saw his shot hit the post and as the ball rebounded back across goal Alex Peterson was on home to stab the ball home to reduce the deficit to 2-1.

Clitheroe had a weak penalty shout claiming a handball in the area which was dismissed by the referee, but Emile Sinclair then, as the 1st half came to a close, Sinclair went on a solo run and was unlucky not to level the scoreline.

Ossett started the second half on the front foot and looked a completely different side from the first 45 minutes. The Reds were more dominant in the 2nd half creating more scoring opportunities with Anthony Mackie and Ashley Jackson both causing Clitheroe problems with some positive forward runs. As the clock was running down it looked as though Towns unbeaten away record was in danger but in the 90th minute Anthony Mackie used his pace to rob the Clitheroe striker and fired the ball upfield and as the ball was crossed into the box, Emile Sinclair 14 yards out, chested the ball down and in one movement smashed it home from a difficult angle to score a goal of pure quality to equalise and send the Ossett fans delirious.

The points were shared and on reflection it was the old adage of "a game of two halves" ensuring the Reds unbeaten away record stayed intact and in doing so increasing their league run to 5 unbeaten games on the trot.

The Reds will need to start better against their next opponents as they welcome Colne F.C. to Ingfield on Saturday 11th November, a tie which will not be easy as the visitors come off the back of an impressive midweek 2-2 draw against Hyde United.