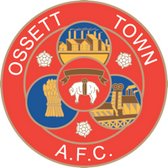 Jackson, Nelthorpe & Mackie with the goals !

Ossett Town were on the road again heading to Glossop North End looking to continue their resurgence in form after a 2-2 draw with Clitheroe followed up by a 2-0 win at home to Skelmersdale F.C.

Manager Lee Ashforth was left with a massive dilemma for this game with several key players unavailable including Issac Assenso who is serving a two match suspension, Alex Peterson who is recovering from a fractured cheek, Alex Low due to work commitments, Sam Wright who is carrying an ankle injury but is named as a substitute, Nicky Boshell through illness & Jason St Juste for personal reasons.

This was a great chance for fringe players to be named in the starting eleven and a great opportunity to show what they could do.

Jake Ellam came in at right back with Fabian Bailey moving to left back, Ashley Jackson moved to centre back alongside new signing Mick Fargher & Seon Ridley partnering Captain Martin Pembleton up front in the absence of Boshell. Not an ideal situation with all the back four playing out of position and never having played together as a foursome.

With the absence of both centre backs the Reds went into this game with an obvious height disadvantage especially against the likes of the strong & physical Deegan up front along with the sheer size of Adam Jones & Courtney Meppen-Walter. This was going to be a real test especially from corners and set pieces.

The pitch was weather beaten and heavy and the first fifteen minutes of the game was cagey with the home side playing a long ball game at every opportunity using Deegan as a target man which certainly tested the new partnership of Jackson & Fargher in the heart of the Reds defence.

The Reds for their part looked very strong going forward and in the 15th minute got their reward after a short interchange of passing down the right with Jason Yates & Anthony Mackie, Craig Nelthorpe received the ball out wide on the right and fired in a perfect diagonal cross to Ashley Jackson who struck a tremendous first time volley into the bottom far corner giving the experienced keeper Paul Phillips absolutely no chance to take the Reds into a deserved 1-0 lead.

In centre midfield Jason Yates and Corey Gregory dominated the play making surging runs and putting in some great diagonal balls for the wide men to run onto.

Five minutes later Jackson gave away a needless free kick near the corner flag and from the free kick Adam Jones rose first to head the ball onto the crossbar and as the ball dropped into the six yard box Ruben Jerome was first to react to smash the ball past Leigh Overton from close range to level the score to 1-1 on 20 minutes.

The home defence was struggling to cope with the direct running and pace of wide men Craig Nelthorpe and Anthony Mackie and it was Mackie with a clever run who got in behind the defence latching onto a great through ball before driving into the box and drilling the ball past Phillips from a tight angle only to turn to see the linesman disallowing the goal for offside, one of many incorrect decisions for both sides on the day.

The Reds won a free kick wide on the right and from the free kick Craig Nelthorpe found himself in space and fired in a thumping left foot volley past Phillips to regain the lead at 2-1 in the 37th minute. That goal made it it three goals in three games for recent signing Nelthorpe.

The half time whistle blew with the Reds leading 2-1 and looking the much better side with Fargher and Jackson doing a sterling job from set pieces in containing the physical & aerial advantage of the home side.

The second half kicked off with neither manager making any changes with Ossett straight onto the front foot attacking the Glossop defence and five minutes into the second half Mackie broke free on the right, then cut inside beating Jones & Spooner and passed the ball into the path of Pembleton who found himself with just Brad Roscoe to beat, Pembleton took the ball past Roscoe and fired in a left foot shot which beat the keeper but was going a few inches wide when Seon Ripley slid in at the far post but was millimeters from making contact with the ball.

Glossop won another free kick 40 yards out and the free kick found Callum Chippendale unmarked at the far post who struck the ball home in the 63rd minute to even the score up to 2-2.

Glossop then started to come into the game launching every ball up to the forwards and they started to get some joy from these tactics with Deegan being the main focus of the long balls. It was the Reds who took advantage of the home side pushing for an equaliser when Jake Ellam passed out of defence to Mackie on the half way line who then made up 20 yards before passing the ball out wide to the ever busy Pemberton who in turn cut inside and passed the ball back to Mackie who hit a first time shot from the edge of the area beating the keeper low to his right to again give the Reds a one goal advantage at 3-2 in the 65th minute.

The home side straight from the kick off put some real pressure on the Ossett defence with a barrage of long balls into the box and only took 3 minutes to equalise when Deegan headed the ball down into the box and Jerome was first to react and scored his second of the game from close range to level the score at 3-3.

Ossett were then hit by an injury to the influential Jason Yates who was replaced with 20 minutes to go by Sam wright as a straight replacement in midfield.

With 16 minutes to go Seon Ripley was replaced by Kai Hancock up front.

The home side continued their long ball tactics for the remaining ten minutes of the game and really tested the Reds defence but Jake Ellam, Ashley Jackson, Mick Fargher & Fabian Bailey were magnificent in preventing any more goals. The last real chance of the game came in the last seconds of the game when the ball dropped into the box and Leigh Overton was extremely brave as he collected the ball under a heavy challenge from Deegan.

The final whistle blew and the game ended in a 3-3 draw, probably on reflection a fair result in a game of two totally contrasting styles of play, Glossop playing to their strengths with a long ball game and Ossett playing some quick attractive & direct passing football. This was a great advertisement for Non League football, a game where players, management and fans alike experienced every emotion that could be possible in a football match.

The Reds players should be proud today in the way every one of them competed for 94 minutes. On a day when the squad was seriously depleted, lads have come in and played for the shirt and in doing so have done themselves no harm at all, proving what a strong and united squad this is.

The Reds are now unbeaten in three games and should go into the next fixture full of confidence when they welcome Ramsbottom United to Ingfield on Saturday 3rd February, kick off 3pm.