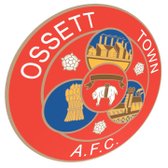 48 hours after the goal fest at Ingfield against Brighouse Town, The Reds were at it again in the Evo-Stik League game at Mossey.

Lee Ashworth made two changes from Thursday night with Jason Yates and Fabian Bailey returning to the starting line-up. Alex Low and Kane Bingley were the two replaced.

The Red’s started quickly and from the kick-off attacked down the right, Mackie worked the ball inside to Yates who was prevented from shooting by good defending.

Yates again went close in the opening moments as he drove into the penalty area following a flick on by Peterson; again, he was prevented from getting a strike on goal as the ball bobbled beneath him.

A positive start is just what the travelling support had called for. Mossley, however, are a strong side and not to be taken lightly. Leigh Overton had to be at his bravest as he took the ball from the striker’s toes, getting a kick in the process.

But not before the home side drew first blood, after a sustained period of pressure from Ossett Town Mossley broke down the right, Keenan Quansah was allowed to cut inside and unleashed a curling effort that was out of Overton’s reach, the ball struck the bar but fell to Duffy who was able to turn the ball home.

Both sides continued to probe, Gregory went close with one effort before Mossley failed to heed the lesson from earlier as Nelthorpe was given the opportunity to send over another set-piece. With 22 minutes on the clock Town were level, the resulting ball from Nelthorpe was headed home by Martin Pembleton.

The tie was not level too long as the hosts regained their lead, Overton was called into action saving a strike from distance well, but from the resultant corner Thomas Dean rose highest to head home, frustration throughout the Town side having worked so hard to get level.

Mossley made the mistake of giving Nelthorpe two more chances with the ball at his feet to get it over and once again Town took full advantage as Ashley Jackson headed home on the stroke of half time to bring the scores level.

Ossett Town again started strongly, good work down the right hand side by Sam Wright, on for Jake Ellam saw Peterson handed an opportunity, his downward header scrambled off the line with Town looking the most likely to get the next goal.

There was a sucker punch just past the hour mark as Ossett Town failed to clear the ball, Mossley eventually winning a throw in that was launched into the area; with the ball bobbling about Jack Tuohy reacted quickest putting the ball home from six yards.

Craig Nelthorpe was again the danger man for Town, his well struck free kick was turned away for a corner, then moments later as Spencer in the home goal delayed Peterson charged and saw the ball deflect off him and agonisingly wide.

As the clock ticked down Town knew it was not going to be their day as first Ashley Jackson was fouled then pushed to the floor in full view of the referee who allowed Mossley to continue their attack before Pembleton threaded a ball through to Mackie who ran through the stationery defence, rounded the keeper and rolled the ball home only to see the linesman with his flag raised, the home sides relief and surprise in equal measure.

In the dying moments Mossley had a goal disallowed in farcical circumstances. Leigh Overton collected a cross only to lose the ball when barged into the, it was followed up and the goal given. The protests from Ossett Town saw the referee go speak to his assistant, and despite the flag not being raised, the goal was chalked off for off-side.

With six m inutes of time added on Ossett Town continued to press, Jason Yates saw another effort incredibly cleared off the line while Mackie was once again thwarted by the assistant’s flag.

That was the last real action of the game as Mossley took the three points much to the disappointment of the traveling contingent.
Ossett Town are next in action on Tuesday 10 April, with an away game at Colwyn Bay. Kick-off 7.45pm