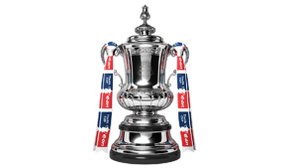 Ossett Town march into next round of the FA Cup

The Reds knock out Sheffield F.C.

Ossett Town made the trip down the M1 to face the worlds oldest football club Sheffield F.C. looking to get back to winning ways after the disappointing 2-1 loss to Scarborough in midweek, a game that should have brought at least a point after being awarded a last minute penalty which was not converted.

Sheffield F.C. started with a different line up to the team that lost the friendly 2-1 against the Reds at Ingfield recently.

After kick off Sheffield dominated possession for the first 25 minutes and whilst they never troubled Leigh Overton in the Ossett goal the Reds were finding it difficult to get to grips with the game. Grant Black & Micky Norbury then made strategic changes to the teams set up and this proved to be successful as the Reds then started to come into the game.

Sheffield were forced into an early change when Asst Manager Lee Morris playing at Centre Back suffered a hamstring injury.

The Reds were now causing Sheffield problems at the back and Kai Hancock won a corner. Steve Ridley took the corner and put in a testing inswinger which the home keeper failed to hold on the line and tipped the ball into his own net to give the Reds a 1-0 lead to be fair against the run of play.

The first real chance in open play came when Kai Hancock broke in behind the home defence but was thwarted by a good save from Souter in the Sheffield goal. Minutes later Hancock again beat the left back and chose to shoot when a pull back may have been a better choice.

The Reds were helped when Sheffields No 8, the influential Andy Gascoigne limped off injured.

As the 1st half came to a close, Ossett were competing far better than in the opening 30 minutes and were creating chances whilst Overton had to come out at players feet in the box a couple of times but in general was not seriously tested.

The reds went in at half time leading 1-0.

As soon as the second half commenced, the Reds came out with more desire to compete and straight away Hancock made a run and received the ball behind the defenders and found himself one on one with the keeper. He tried to chip Souter but the keeper was equal to it and managed to gather the ball.

Ossett definitely looked a different side in the second half winning several corners and having some good spells of possession.

The home sides No 11, James Gregory looked dangerous throughout the game and made it difficult for the Ossett defence with his pace and trickery.

Ossett were awarded a corner which was taken by Ridley and as the ball swung into the penalty area Josh Snowden met it on the penalty spot and superbly headed the ball into the top left hand corner of the goal to score his first goal for the Reds and to increase the lead to 2-0.

With 15 minutes to go the Reds had a chance to make it 3-0 as Nathan Curtis broke down the right and cut into the box and put his shot wide from a difficult angle with Mackie completely free in the area for a tap in had Curtis spotted him.

The Reds made their final substitution with Liam Owen replacing Nathan Curtis who had run his socks off in the 2nd half.

The final whistle blew with Ossett running out as deserved 2-0 winners to go into the hat for the next round.

Credit must go to all the players today who worked their socks off all over the park and proved that they have the grit and determination to successively compete this season.

The Reds next game is a friendly at Ingfield against Leeds Utd Under 23's side Tuesday 22nd August, Kick Off 7-30pm.