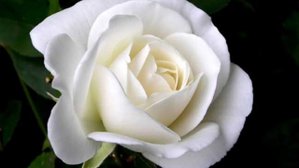 It is with great sadness we tell you of the death of our friend and Otley RUFC supporter Geoff Hargreaves.

Geoff played his rugby at Bramley Rugby Club. He was a tenacious and speedy centre, ending his career as a back row forward.

He became a supporter at Otley when his older son Andy began his long career with us. He was also an avid supporter at Headingley where Neil his younger son played his rugby, before joining his brother at Otley. Geoff has continued to support Otley through its highs and lows, a critical friend with a caustic wit. He will be missed on the touchline.

As a staunch Wednesday Gang member, he worked hard over the years to keep the fabric of our buildings in good order, and with a background in the building trade his knowledge has been invaluable. Geoff’s humour, his love of the club and of the game means he will be greatly missed by his friends and drinking partners (coffee of course) on a Wednesday morning, as it will be by many around Otley RUFC and the wider rugby community.

Our thoughts go to Geoff’s family and friends.

The funeral of Geoff Hargreaves will be held on Wednesday 24th August at 11.30 am at Rawdon Crematorium followed by a celebration of Geoff's life at Otley RUFC Cross Green.

It's Rugby Ties, not Black Ties and family flowers only, please.

Any donations you wish to make are to support Rob Burrow Centre for MND Appeal these can be made at the Crematorium or online. This charity was very special to Geoff.