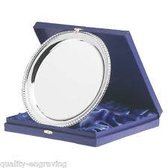 We are the Champions!

U16's clinch the League Title with a hefty win!

After a frustrating end to the season, with 4 of the final 5 games of the season being postponed the Raiders played their first game in 9 weeks which turned out to be the last of the 2016 season, overcoming what was expected to be a tough Queensbury team coming away with a comfortable 0 - 58 win.

It's been a complete contrast from last season where predominately the same group of players finished 2nd from bottom of the Yorkshire Junior League Division 2, picking up just 3 wins and a draw, to winning Division 3 with other teams still having games to play. The only blemish to the teams record being defeats both home, in the opening game of the season and (controversially) away to Lambworth Lions, both games by a margin of just 2 points.

As the players go in to the off season with their sights firmly set on progressing further and moving up to the under 18's, they can take confidence from the only other defeat during the season where the Raiders lost 30 - 12 to Lindley Swifts (after drawing 12 - 12 at half time, then dropping to 11 players in the second half) in the Continuation Cup, who went undefeated following this win to collect both the Division 2, and Continuation Cup title.

The under 16's hold their presentation night on Saturday 14th October and we hope to see all players and spectators in attendance.

Thank you to all of the players, coaches, team manager, touchline managers, first aiders, parents and supporters who have all played a part in a successful season.

For some of the players, the season is not yet over as they are turning out for the current group of under 18's who face Hull Wyke away tomorrow at 11am. Please continue to support the players where you can. In addition, some of the team have signed on to play in the newly formed 'academy' team playing during the winter in the Penine league where the Raiders won the opening game away at Beeston Broncos. The Academy are at home this afternoon in the first home game of the winter season against Queensbury.

Exciting times ahead not only for this group of players, but for the club as a whole as a number of talented young players progress through the ranks.