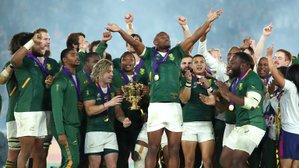 Tournament organisers, SANZAAR, who had given South Africa an additional 48 hours to confirm their intentions, announced the anticipated decision on Friday.

South Africa cited player welfare concerns because of the delayed start to their domestic competition and uncertainty over government travel restrictions during the Covid-19 pandemic for players in South Africa and in Europe.